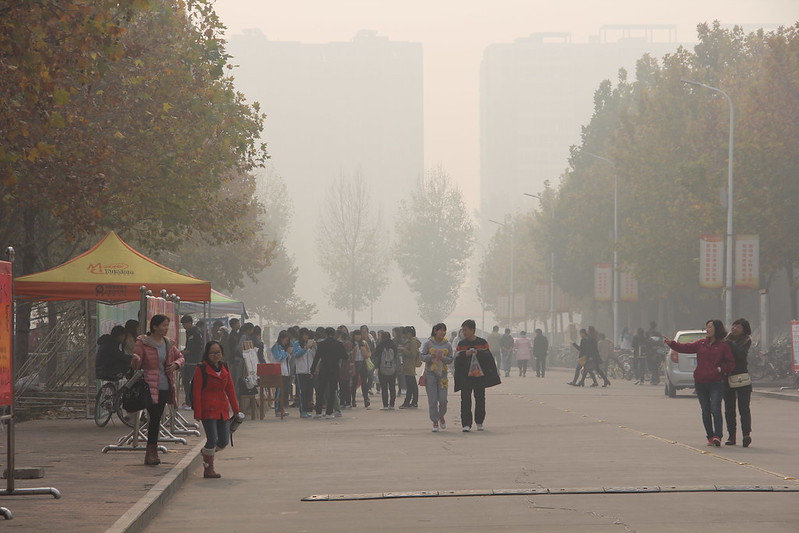 The report, Confronting Carbon Inequality, is based on research conducted by Oxfam and the Stockholm Environment Institute and is released as world leaders prepare to meet at the UN General Assembly to discuss challenges including the climate crisis.

Danny Sriskandarajah, Oxfam GB Chief Executive, says, “The over-consumption of a wealthy minority is fuelling the climate crisis and putting the planet in peril. No one is immune from the impact but the world’s poorest are paying the heaviest price despite contributing least emissions as they battle floods, famines and cyclones.”

He continues, “Carbon emissions risk rapidly rebounding as governments ease Covid-related lockdowns. If emissions do not keep falling year on year and carbon inequality is left unchecked, by 2030 the world could reach the tipping point of 1.5C warming. Carbon inequality is so stark the emissions of just the richest 10% would trigger catastrophic climate change by 2033 even if all other emissions were cut to zero.”

The report warns that overconsumption and the rich world’s propensity to use high-carbon transportation are exhausting the world’s carbon budget.

Tim Gore, head of policy, advocacy and research at Oxfam, says,“The global carbon budget has been squandered to expand the consumption of the already rich, rather than to improve humanity. A finite amount of carbon can be added to the atmosphere if we want to avoid the worst impacts of the climate crisis. We need to ensure that carbon is used for the best.”

Oxfam has called for an increase in wealth taxes and new carbon taxes on luxury items such as private jets, super yachts and SUVs, with the revenue from these to be invested in low-carbon jobs such as in the social care sector and in green public transport as well as to help poor communities around the world adapt to the changing climate.

Sriskandarajah said: “Extreme carbon inequality is a direct consequence of the decades-long pursuit by governments and businesses of grossly unequal and carbon intensive economic growth whatever the cost. As leaders make decisions about what a post-COVID recovery looks like, they should seize this opportunity to reshape our economy, encourage low carbon living and create a better future for all.