The Dakota Access Pipeline has Been Ordered to Temporarily Shut Down 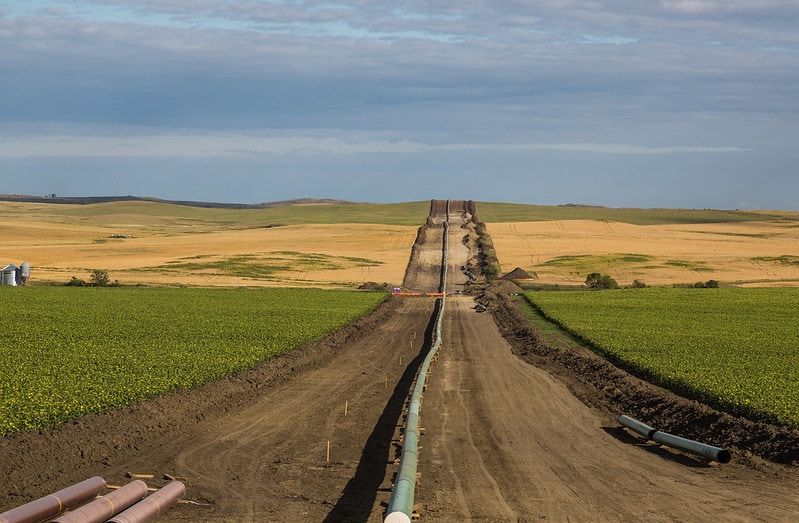 The Dakota Access Pipeline (DAPL) has been ordered to shut down by August 5 so that an environmental impact assessment report can be undertaken. This is a rare occurrence for an operating pipeline, and marks a major accomplishment for environmental groups and the Standing Rock Sioux tribe who have fought vigorously against its establishment.

The United States District Court for the District of Columbia terminated an easement that was granted by the US Army of Engineers that allowed Dakota Access to build a segment of the pipeline below Lake Oahe in North and South Dakota. This court previously determined that the Corps violated the National Environmental Policy Act when it allowed the easement because it failed to produce an Environmental Impact Statement.

The court has now said that the DAPL must be shut down and emptied whilst the environmental impact report is prepared. The Corps says it will take 3 months to prepare the report.

American Indian tribes who reside near the DAPL have sought to prevent the pipeline from ever being built in the first place, and then have shut it down, for years. “Today they finally achieve that goal – at least for the time being,” Judge James Boasberg said at the ruling.

Energy Transfer (ET), the developers of the DAPL, issued a statement saying the ruling was ‘ill-thought-out’ and is not supported by law or sound evidence related to the case. The company further stated that the Judge ‘exceeded his authority’. It added that shutting the pipeline would cause ‘increased environmental risks’ because crude oil would have to travel by rail instead. The company is planning to file a motion to stay the decision and potentially appeal to the Court of Appeals.

ET further expressed that ‘shutting down this critical piece of infrastructure would throw our country’s crude supply system out of balance, negatively impact several significant industries, inflict more damage on an already struggling economy, and jeopardise our national security’.

The court said in a 24-page order that ‘the seriousness of the Corps’ deficiencies outweighs the negative effects of halting the oil flow for the thirteen months’.

Under the National Environmental Policy Act of 1970 (NEPA), agencies are required to take the environmental consequences of their actions into account, in addition to permit approvals, before green-lighting projects. The court determined that there had not been sufficient consideration of the ‘impacts of an oil spill on fishing rights, hunting rights or environmental justice’.

In December 2016, the Obama Administration ordered a full environmental review on the safety of the pipeline’s operations, the effect such operations have on the Standing Rock Sioux tribes’ livelihood, and on alternative routes that could potentially pose less of a risk to nearby communities.

During Trump’s first week in office, the president signed an executive order to accelerate construction, which was later completed in June of 2017.

Following this decision, many protesters boycotted the development with the aim of raising awareness on how the DAPL affects the integrity of spiritual camps set up near the Missouri river- namely, Sacred Stone, Oceti Sakowin, Red Warrior, and Rosebud Sicangu.

Members of the Standing Rock Sioux Tribe also criticised the government for approving the DAPL construction without directly consulting them- a requirement under US law. Environmental activists defended the members’ advocacy against the pipeline due to the way in which it perpetuates fossil fuel production– raising grave environmental concerns.

As the pipeline crosses beneath the Missouri river, north of the Standing Rock reservation, the Standing Rock Sioux tribe stressed how the pipeline would greatly contaminate the drinking water of communities downstream. Furthermore, the potential adverse effects on burial and prayer sites was also greatly emphasised.

The pipeline leaked at least five times in 2017. Spills threaten the wildlife living in the area, as well as soil and water.

Should the environmental impact assessment pass, the pipeline will continue to threaten the environment and cultural livelihoods of those who depend on the region. It is likely though, that the future fate of the pipeline depends on the results of the November elections in the US.