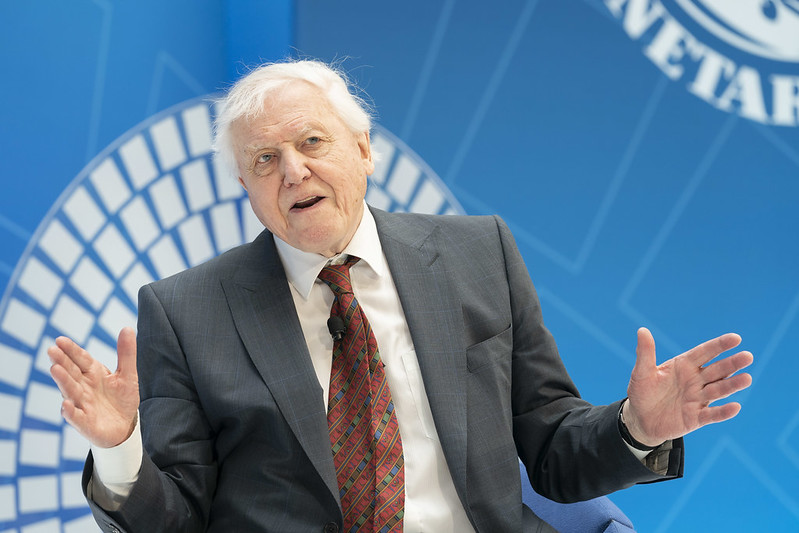 World-renowned British naturalist and broadcaster David Attenborough has been one of the strongest voices advocating for the protection and preservation of nature and all things that belong to the natural world. Throughout his 60+ year career and numerous informative nature documentaries, Attenborough has highlighted some of the world’s important environmental issues, educated millions on the beauty of nature, and more recently, made grim predictions for the future should humanity continue on its current destructive path. Here are some of the best David Attenborough quotes about nature and wildlife to inspire you taking greater action against climate change.

1. “The fact is that no species has ever had such wholesale control over everything on Earth, living or dead, as we now have. That lays upon us, whether we like it or not, an awesome responsibility. In our hands now lies not only our own future, but that of all other living creatures with whom we share the Earth.”- from the documentary series, Life On Earth.

2. “If working apart we are a force powerful to destabilise our planet, surely working together we are powerful enough to save it…in my lifetime I’ve witnessed a terrible decline. In yours, you could and should witness a wonderful recovery.” – on the urgent need for greater collective climate action at the COP26 UN climate conference.

3. “Many individuals are doing what they can. But real success can only come if there is a change in our societies and in our economics and in our politics.” – on climate change.

“Cherish the natural world, because you’re a part of it and you depend on it”.

5. “We need to work with nature, not against it.”  – from the five-part documentary series The Earthshot Prize: Repairing Our Planet.

6. “We are a plague on the Earth. It’s coming home to roost over the next 50 years or so…either we limit our population growth or the natural world will do it for us.” – during an interview with Radio Times in 2013.

7. “The question is, are we happy to suppose that our grandchild may never be able to see an elephant except in a picture book?” – on the current sixth mass extinction.

8. “The best motto to think about is not to waste things. Don’t waste electricity; don’t waste paper; don’t waste food. Live the way you want to live but just don’t waste. Look after the natural world and the animals in it and the plants in it too. This is their planet as well as ours. Don’t waste them.” – on reducing waste.

“What humans do over the next 50 years will determine the fate of all life on the planet.”

11. “An understanding of the natural world, and what’s in it as a source of not only great curiosity but great fulfilment.” – on his love of nature and wildlife.

“Nature is our biggest ally and greatest inspiration.”

13. “Right now, eight million tonnes of plastics end up in the oceans every year…the actions of just one of us may seem to be trivial and to have no effect. But the knowledge that there are thousands of, hundreds of thousands of people who are doing the same thing – that really does have an effect.” – on ocean plastic pollution.

14. “Bringing nature into the classroom can kindle a fascination and passion for the diversity of life on earth and can motivate a sense of responsibility to safeguard it.”- on nature and climate education.

15. “The final chapter is ours to write. We know what we need to do. What happens next is up to us.”