The Detrimental Effects of Deep-Sea Mining on Marine Ecosystems 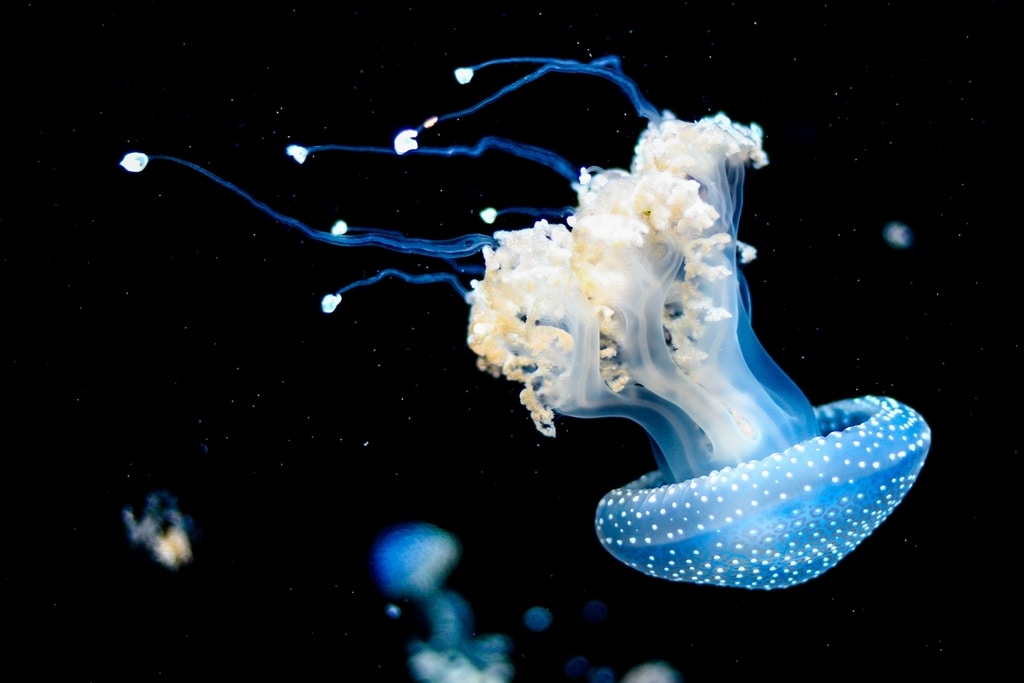 Large-scale deep-sea mining operations will soon be undertaken on the international seabed. The International Seabed Authority (ISA) has drafted the long-awaited mining code and is anticipating granting licences to mine in the seabed for precious metals by this summer. What effects will deep-sea mining have on marine habitats and are there any alternatives? This piece has been republished in the run up to World Oceans Day on June 8 2021.

It was discovered nearly 50 years ago that it was feasible to extract rare earth metals and minerals from the sea floor. Companies and countries have promised that they would start pulling valuable ores from the depths, owing to a rise in demand for batteries for electric cars and to store renewable energy, but commercial efforts have stalled for a variety of reasons, including massive startup costs and the lack of regulations. Until now.

Before deep-sea mining operations can become commercialised, they must adhere to this mining code in order to be granted licences by the International Seabed Authority, an organisation established by the United Nations Convention on Law of the Sea (UNCOLS). The Code intends to provide the rules, regulations and technical guidelines for regulating mining contractor operations. Once approved, a 30-year license is granted to contractors allowing them to mine assigned ‘claim areas’ in parts of the international seabed.

What Are They Looking For?

The seabed has an abundance of valuable metals such as copper, silver, zinc, manganese, cobalt and other rare earth metals. Three types of mineral deposits valuable to the mining industry are polymetallic nodules, polymetallic sulphide and cobalt crusts.

Polymetallic nodules are found in the abyssal plains, ranging from depths of 3000 to 6000 meters. The abyssal plains cover 70% of the seabed, making it the largest habitat on the Earth’s surface. Areas where these nodules are found include the Clarion-Clipperton fracture zone (CCFZ) in the central Pacific Ocean. However, the area is not well understood in terms of its ecological function and biodiversity.

Polymetallic sulphides contain prized metals including copper and gold. They can be found near one of the most productive areas in the ocean- the hydrothermal vents, which provide organic carbon for organisms in the nutrient-limited deep-sea environment. Many of these species are also endemic to these hydrothermal vent areas.

Cobalt crust is formed by the settling of minerals in seawater on the rocky surface. Cobalt is one of the most essential components of electronic technology, particular for lithium-ion batteries. Deep-sea mining grinds the crust and transports the ore back to the surface, a process which generates plumes that cause particle suspension and blankets the water column with toxic materials. In addition, the seamount may contain a variety of organisms that are harmed by mining.

Understanding the Impacts of Deep-Sea Mining

There is limited knowledge about the deep-sea environment, especially about microorganisms; however, it is known that they play an irreplaceable role in its ecosystem. Recent studies have found that benthic bacteria sequester 200 million tons of carbon dioxide into the biomass on an annual basis.

On top of that, microbial communities in these deep-sea habitats are highly diverse. Even in the most studied area- the CCFZ, with over 35 years of surveys, new species have been discovered in recent years. Given that it is difficult to cultivate deep-sea microbes due to their highly adaptive characteristics (i.e. ability to withstand high pressure and temperatures), habitat destruction may potentially result in the loss of these and other ecosystem services.

There is also a prolonged effect of the disturbance on the deep-sea environment. A pioneer impact assessment named DISCOL has been conducted since 1989 which aims to examine the potential impact of future commercial manganese nodule mining in the seabed environment. Artificial disturbances had been made through dragging tracks on the seafloor with a device called a plough harrow. A long-term impact study called the Mining Impact Project shows that these tracks are still visible after 26 years and both the microbial communities and benthic animals have not recovered from the disturbance.

Why Do We Need Deep-Sea Mining?

A report conducted by the Institute for Sustainable Futures concluded that even under the ambitious target to undergo a global transition to 100% renewable energy supply by 2050, the demand can be met without deep-sea mining, and that its effects do not warrant the efforts. Additionally, the demand for metals changes overtime. Cobalt is one of the major minerals extracted through deep-sea mining and is one of the most expensive and critical metals for lithium-ion batteries. Many companies, including Tesla, intend to cut down on the use of cobalt batteries and use lithium iron phosphate (LFP) batteries instead.

Some enterprises including Microsoft and Apple are also facing lawsuits; they are accused of violating human rights by forcing children to conduct harmful work without offering safety equipment in the Democratic Republic of Congo, the largest cobalt-producing country in the world. This may also affect the demand of  cobalt in the future, encouraging the development of cobalt-free electronic products.

What Are The Alternatives?

Urban mining has been discussed in recent years, which recovers valuable minerals from electronics waste (E-waste) and metal scrap. Mining this waste has potential to benefit both the economy and society. E-waste is categorised as hazardous waste under the Basel Convention, however this has been largely ineffective in controlling the illegal traffic of e-waste. Ghana, as one of the largest receivers of e-waste, imports 150 000 tons of so-called second-hand electronics annually, according to Ghana’s e-waste Country Assessment in 2011, where over 30% was non-functional e-waste. Many of the Ghanaians also rely on open burning to extract metals, while unusable items are transferred to open dumping sites that contaminate the surrounding environment.

Urban mining is also less expensive compared to conventional mining. A study says that the urban mining of copper and gold from cathode-ray tube televisions and printed circuit boards is 13 and 7 times cheaper than mining virgin metals respectively.

Commencing on commercial deep-sea mining depends on three criteria claimed by Michael Lodge, secretary general of the ISA, namely the regulation (i.e. Mining Code), technology advancements and market price of the metals. In the last ISA meeting in 2019, delegates convened to review a draft of the Code. The latest draft was released in 2019 and is pending approval in the next meeting by July. The mining may commence as soon as 2023.

Considering that the international seabed area covers multiple locations, there is still a lack of knowledge on the deep sea environment, including the abundance of sea life in these environments. Urban mining, on the other hand, may serve as an alternative to meet the demand for future technology development, solve public health issues in developing countries, as well as achieving sustainability by close-the-loop.