Op-Ed: How the Construction Industry Can Green Itself 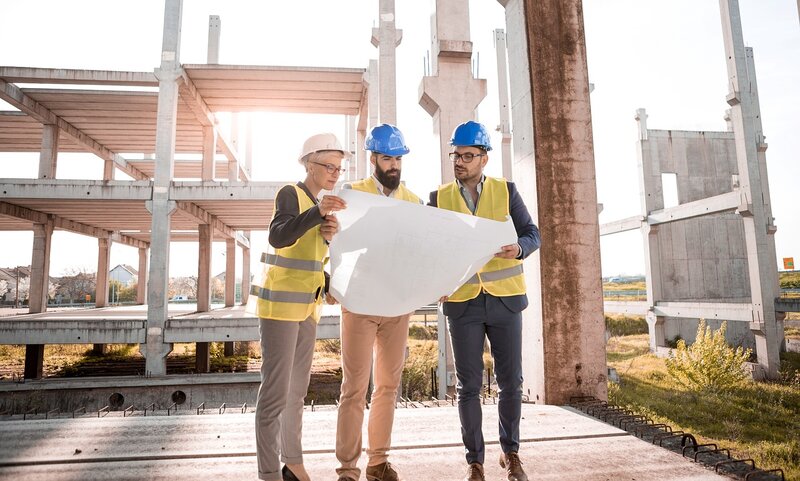 Interestingly, the global consumption has remained more or less unchanged from around 2014 (including China) with a reduction in China’s consumption being made up by the increase in developing countries. Cement is mainly used in making concrete, which requires about 8-10 times more raw materials in the form of sand and aggregates. Thus, the consumption of 4.65 billion tons of cement implies mining, transportation and use of around 33 billion tons of aggregates per year. This makes concrete by far the most used material at about 35-40% of all material consumption by mankind, second to water. Global consumption of cement is expected to double by 2060 as per a 2018 OECD report, which has significant environmental implications.

Economic Contraction Due to the Pandemic

Hong Kong just declared its second-quarter figures which show a contraction of the economy of 9.1%, matching that of the first quarter’s contraction year-on-year. Most of the developed countries such as the US, the UK, Japan, Australia and the members of the EU are projected to undergo unprecedented double-digit quarterly contractions in the current calendar year compared to pre-COVID-19 2019. The International Monetary Fund’s (IMF) latest projection for the annual growth rate of world GDP is around -4.9%. The projection for 2021 is 5.4% year-on-year which barely makes up for the overall contraction due to the pandemic.

Besides tackling the immediate health sector demands, the first challenge of the pandemic for governments everywhere was to provide support for those who were affected by lockdowns and lost their jobs. The next task was to kickstart economies. Very early on in the pandemic, many people realised that it presented an opportunity to rebuild the world economy to be more resilient and sustainable.

After every major disaster, we try to rebuild in such a way to make societies less prone to the damages from similar or worse future shocks. In the case of the pandemic, every country should be looking to invest in its public health system to prevent or mitigate the effect of future events. Clear links have been established between the emergence and spread of new pathogens and anthropogenic causes.

Therefore it makes sense that actions to address risks of future pandemics take into account those needed to address the climate crisis as per recommendations of experts such as the Intergovernmental Panel on Climate Change (IPCC).

Gross Domestic Product (GDP) measures the monetary value of all goods and services produced by an economy. It has become the universal measure of the economic prosperity of a country and even the world since after the second world war.

In a recent article, Nobel laureate economist Joseph Stiglitz proposed a dashboard of customisable indicators to guide the economic policy of nations based on his work since the great recession of 2009. He quotes American senator Robert Kennedy who once said “GDP measures everything except that which makes life worthwhile.” A poignant illustration of how badly flawed GDP is as an indicator of social well-being is illustrated by the abject failure of the US in managing the pandemic compared to countries such as Vietnam and New Zealand, both with much lower GDP per capitas. The fact that it doesn’t measure sustainability, the value of community-led non-profit initiatives or wealth inequality makes GDP a deeply flawed measure of overall social wellbeing which is far more important than just income and wealth.

Stiglitz’s dashboard proposes that indicators can be different for different countries by emphasising the issues most important for the people such as health, education, employment, environment and sense of security, similar to the 17 Sustainable Development Goals identified by the UN. While GDP would be one of such a group of indicators, environmental sustainability would have critical importance as this has a much larger impact on what happens on a planetary level.

Risks of Inaction and the Opportunity for Building Back Better

The World Economic Forum in its 15th Global Risks report highlighted two stark facts. One was that for the first time since the survey started being conducted in 2005, climate change-induced extreme weather, natural disasters, biodiversity loss, climate action failures and man-made environmental disasters were the top five global risks in terms of likelihood. In terms of impact, climate action failure, biodiversity loss, extreme weather and water crises were among the top five risks. The only other non-climate risk was weapons of mass destruction. None of these climate-related events featured in the top global risks a mere 10 years ago in the same survey. 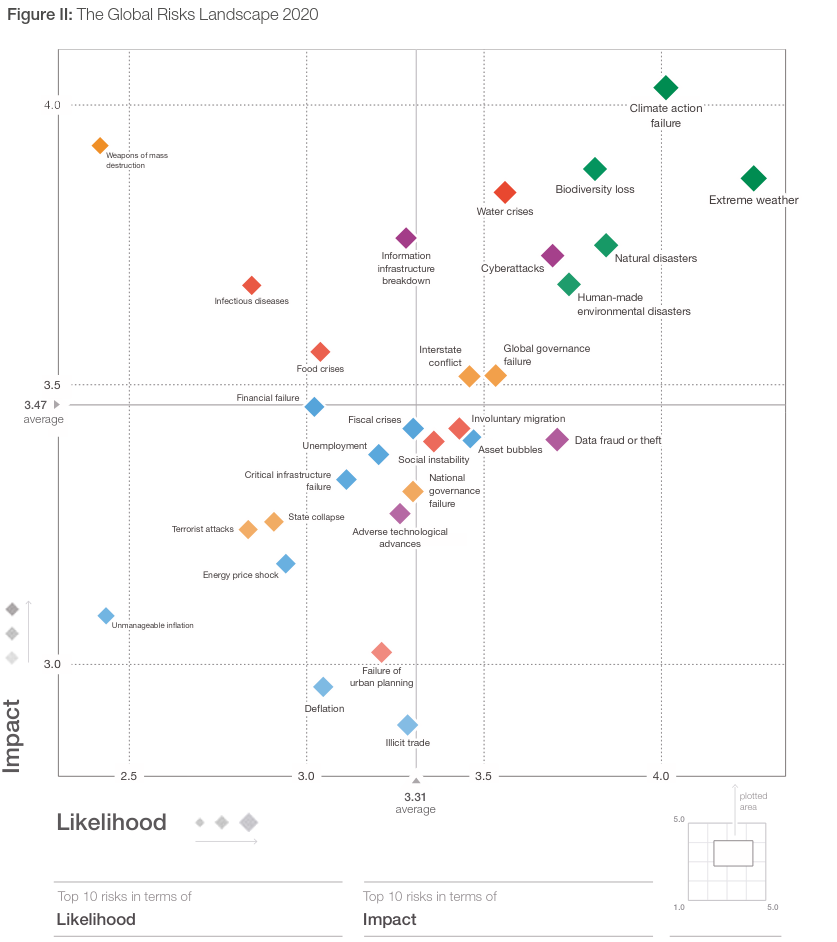 “You never want a serious crisis to go to waste,” said Rahm Emanuel, President Obama’s Chief of Staff in November 2008 at the beginning of the Great Recession. For some, the pandemic becomes an opportunity to profit while for others it is humanity’s chance to make a strong beginning towards a resilient and sustainable future. EffortsIt will need something akin to the ‘New Deal’ implemented by President Roosevelt after the Great Depression or the ‘Marshall Plan’ implemented to rebuild Europe after World War II will be needed, but with a green agenda that puts sustainability at the heart of all decisions. In the current context, the proposed ‘Green New Deal’ on a global scale will fit that bill.

Green Construction should Lead the Industry

An effective way for economies to create jobs and recover growth is to revive and accelerate the building and construction sector, particularly public-funded large infrastructure projects. This brings us back to the question of the consumption of materials like cement and aggregates and their large carbon footprint and potential damage to the environment.

The UK has declared a climate emergency and has mandated by law to achieve carbon neutrality by 2050, however a Construction News of UK report says that the construction industry is still using conventional ‘dirty’ concrete instead of available low-carbon ‘green’ alternatives. The government must enact regulations and set an example through public infrastructure projects that use these alternatives.

The existing carbon credit system and a low carbon tax of 16 pounds per ton don’t seem to be incentive enough to get contractors to switch from high carbon ordinary Portland Cement to, for example, blended cement. While a landfill tax and aggregate levy has been beneficial, concrete construction requires the use of low-carbon quotes (estimates used in the tendering process to give bidders who use low-carbon alternatives a chance to compete), Environmental Product Declarations, standard measurements for the carbon in a building, a higher carbon tax, and whole life cycle design for sustainable construction practices to take root. With trillions of dollars being invested in the form of stimulus packages, there couldn’t be a better time to enforce these changes on a global scale that would have profound long-term effects.

Every sector of the world economy holds such opportunities to address the climate crisis.The world is at an important inflection point – a fork in the road. A lot rides on the decisions that are made by policymakers, leaders and the corporate world this year. Building back better led by a more green construction industry and frameworks that measure social welfare and health instead of GDP is the best way not only to get out of the current crisis but create a resilient and sustainable future.