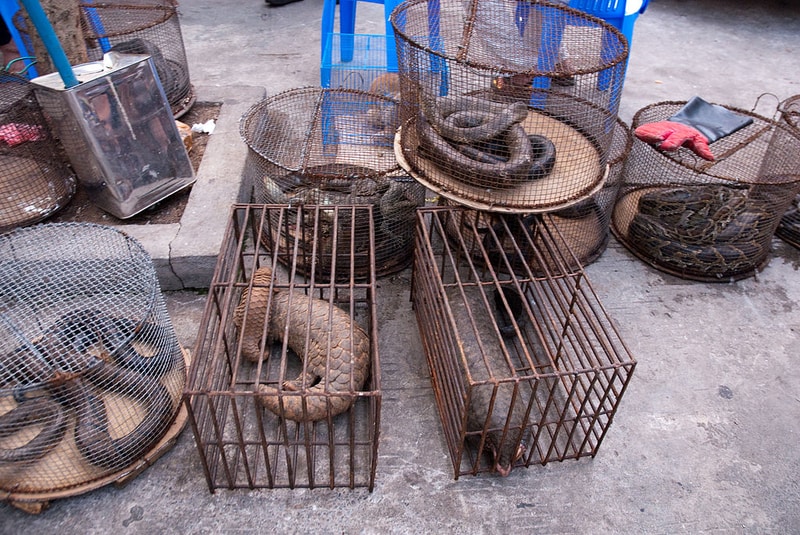 How can we prevent the next pandemic? In an interview with Yale Environment 360, science author David Quammen says that the COVID-19 pandemic stems from “our relationship with the rest of the natural world, which is consumptive, intrusive, and disruptive.” Preventing the next pandemic requires that we rethink our current systems and change them where necessary.

In Quammen’s 2012 book, Spillover, he details how as we continue to disrupt the natural world, viruses are increasingly spreading from wild animal populations to humans.

COVID-19 is a zoonotic disease (like Zika, Ebola, avian influenza, SARS, and MERS) that was passed from animals to humans. This is corroborated by a new study that found that domesticated animals and wildlife, like bats and rodents, are responsible for many zoonotic viruses.

How we eat, live, travel and consume energy all influence our interaction with the rest of the natural world. In a Scientific American article, the United Nations Environment Program (UNEP) says that deforestation, intensive farming and climate change are some of the main reasons for a virus spillover into the human population. Many studies have linked deforestation, climate change and loss of biodiversity to economic situations, global production of goods and unequal resource distribution between rich and poor nations which can lead to pandemics. New pandemics will emerge unless priority is given to reducing consumption levels, eliminating wildlife trade and economic inequalities and creating sustainable production systems for people and the environment.

How Can We Prevent the Next Pandemic?

Ways to reduce or prevent the occurrence of the next pandemic include ensuring that our contact with wild animals is less disruptive, reducing wildlife trade, consuming less meat and lowering invasive contact with natural ecosystems. Should a pandemic still emerge, Quammen suggests real-time screening of people at airports. Matthew Gray, associate director of the University of Tennessee Center for Wildlife Health, states that the key to reducing the spread of pathogens is a ‘clean trade’ program, in which private industry and government officials work together to implement safer strategies.

In an article in National Geographic, Jonathan Kolby, who has worked for the US Fish & Wildlife Service for ten years, observes that the US has no laws specifically requiring disease surveillance for wildlife entering the country, and that the vast majority of wild animal imports are therefore not tested. He adds that most countries- besides the US– lack a government agency that screens wildlife imports for pathogens.

Another crucial way to minimise or even prevent pandemics is to regulate wildlife trade and trafficking. Lee Hannah, senior scientist at Conservation International, recommends that the global wildlife trade be banned, masks and respirators stockpiled, testing infrastructure made readily available and nature taken care of, which may mean that we minimise our contact with wildlife and become more cognisant of the effects of this invasion on natural habitats.

China has announced a permanent ban on the trade and consumption of wild animals, including in wet markets, like the ones at the centre of the outbreak in Wuhan. China has also banned pangolin scales that are used in traditional medicine, although this has been met with controversy despite environmental and animal rights groups generally applauding the move. Finally, the country has offered buyouts to farmers who are breeding wildlife to discourage the practice.

Seth Berkley, the CEO of Gavi, the Vaccine Alliance, says that anticipating outbreaks before they occur is also important. This can mean making childhood immunisation and pre-emptive vaccination campaigns a priority or having greater investment in sanitation infrastructure. For less developed countries, a healthcare system that is able to perform basic diagnostics and surveillance services would enable them to detect an outbreak as early as possible and respond quickly.

Another solution is the One Health approach by the World Health Organization. It is a public strategy that realises the threat from new animal viruses and taps the combined expertise of livestock and wildlife veterinary surgeons, conservationists and ecologists, medical doctors and researchers to tackle it. The One Health strategy is based on the idea that human, animal and environmental health are interrelated and demands that different fields of expertise and government departments work together; however this can result in bottlenecks caused by politics and bureaucracy, according to professionals working on One Health programmes.

It is vital that governments cooperate on a global level to stop the trade of wildlife and the rapid expansion into habitats to prevent the next pandemic. If they don’t, we can expect to see more and more outbreaks that kill innocent people and bring economies to their knees.