How Plastic-Eating Bacteria Can Save Our Oceans 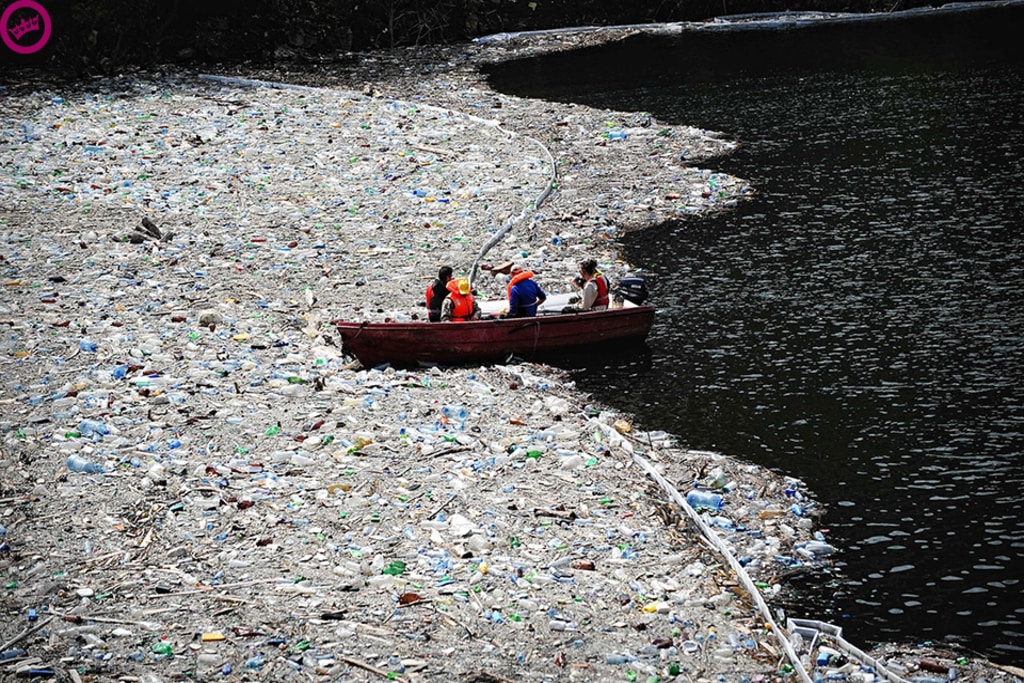 Over 300 million tonnes of plastic is produced annually across the globe. Of this, around 50% is destined for single use. More alarming is that a mere 20% of this is recycled, resulting in over 8 million metric tonnes ending up in our water systems. This poses massive problems for marine fauna and their ecosystems. Encouragingly, scientists have found a naturally-occurring, plastic-eating bacteria that breaks down inorganic material, such as plastic, opening up a new area of study not previously considered.

The Great Pacific Garbage Patch, which spans an incredible 1.6 million sq. km, serves as a reminder of the immensity of our careless dependence on plastic. As the problem shows no sign of slowing down, current research has become more focused on developing biochemical methods of clearing the waste rather than manual.

Douglas Rader, EDF’s Chief Oceans Scientist says that plastic is ‘choking the world’s coral reefs’, a sobering statement considering the vast quantities of plastic plaguing our seas. One such type of plastic increasingly being found in waterways is polyethylene terephthalate, or PET, used in packaging for food, toys and textiles, due to its pliable and versatile properties. It’s versatility and widespread use, particularly in single use water bottles, makes it one of the top plastic pollutants, despite being widely recycled. In fact, 34 billion PET plastic bottles end up in the ocean every year alone. A solution proposed to aid in the clearance efforts of such plastic is through the use of plastic-eating bacteria to aid in the degradation process of marine plastics.

Plastics can be manufactured using a variety of feedstocks, including cellulose, coal, natural gas, salt and more commonly, crude oil. Rich in carbon and sourced with relative ease, crude oil is usually the preferred choice of feedstock for plastic goods and is mined from reservoirs deep beneath the sea floor. This in itself has the potential to have serious environmental implications when not properly managed and regulated.

One such incident is the 2010 BP Oil Spill disaster, which caused catastrophic damage to the marine environment and killed 11 people. Britannica estimated that the equivalent of 3.19 million barrels of oil leached out into the Gulf of Mexico, resulting in the deaths of hundreds of thousands of seabirds, the stranding of 1400 whales and dolphins and reduced coral reproduction in subsequent years.

A positive from such a catastrophe however, is how the marine environment was naturally able to recover from the spill. Scientists were surprised to see a bacterial bloom of over 100 sextillion cells, all working to degrade the spilt oil; the most common species observed included Cycloclasticus, Oceanospirillales, Alcanovorax and Methylococcaceae, as well as some newly discovered strains. Regarding their impact in cleaning up the oil spill, biogeochemist David Valentine of the University of California humorously gave them a modest ‘7 out of 10’.

A decade on, scientists are looking for ways to utilise these natural processes and the microbes which have evolved to deal with inorganic material. While still very much in its infancy, the use of plastic-eating bacteria as a way of bioremediation in the worst polluted areas of the world’s oceans is beginning to take precedence in research. It is hypothesised that we can manipulate the naturally occurring microbes, like those seen in the 2010 oil spill, to utilise plastic as a carbon source instead.

What is plastic-eating bacteria?

Bioremediation is the key concept surrounding the development of plastic-eating bacteria. It is a technique which utilises biological mechanisms, such as microbes, to ‘eradicate hazardous pollutants and restore the ecosystem to its original condition’ as Ojuederie et al describes in their review of the technique.

A 2018 study describes the possible use of the recently discovered bacterium, Ideonella sakaiensis as a potential candidate for mass bioremediation. Isolated from a PET bottle recycling site in Sakai City, Japan by the Kyoto Institute of Technology in 2016, the microbe produces two enzymes shown to degrade PET plastics effectively. PETase, the main enzyme with the ability to degrade PET, utilises plastic as its primary energy source, breaking it down into smaller subunits, making them less likely to entangle marine fauna and speeding up the lengthy biodegradation process of PET.

The study’s findings suggest that while this is a promising prospect for future bioremediation, additional engineering is required to increase enzymatic performance and production to a level which can realistically be used on a mass scale, enough to begin the breakdown process of oceanic plastics. This is supported by Emily Flashman, a researcher from the University of Cambridge who notes that despite current research into the use of PETase, we are still ‘nowhere near a solution to our plastic crisis’ at current research capacity.

Although further research is required, this is an exciting prospect for the future. Another study highlights the need for further developments to increase viability and to scale up production. For now, it is important to maintain awareness of the plights of the marine world through campaigns, charity fundraisers and beach clean-ups. Through maintained interest in the health of the world’s oceans, public policy and investment, the solution to our plastic crisis will more likely be found in microbes as human intervention has failed to have the desired impact.