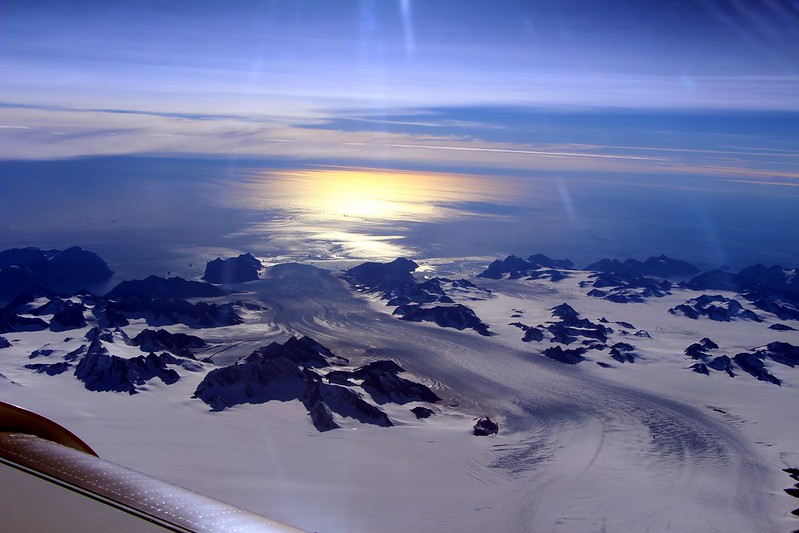 A big chunk of ice has broken away from the Greenland ice sheet and the Arctic’s largest remaining ice shelf- called 79N, or Nioghalvfjerdsfjorden- in north-east Greenland.

The piece that has broken off covers about 110 sq km. The Nioghalvfjerdsfjorden is roughly 1 600 sq km and is the floating front end of the northeast Greenland Ice Sheet, where it flows into the ocean. The glacier splits into two pieces, with a small offshoot to the north; it is this offshoot, called Spalte Glacier, that has disintegrated.

The loss is further evidence of the advancing climate crisis and the changes happening in the region and to the Greenland Ice Sheet. According to Dr Jenny Turton, the atmosphere in the region has warmed by about 3 degrees Celsius since 1980.

Satellite images show that these higher air temperatures in the region can be seen in the number of melt ponds that sit on top of the shelf ice. This water is problematic for ice platforms because if it fills crevasses, it can help to open them up. The water will push down on the fissures, moving them to the base of the shelf in a process known as hydrofracturing, which weakens the ice shelf. Warmer sea temperatures in the region mean that ice is probably being melted from beneath as well. 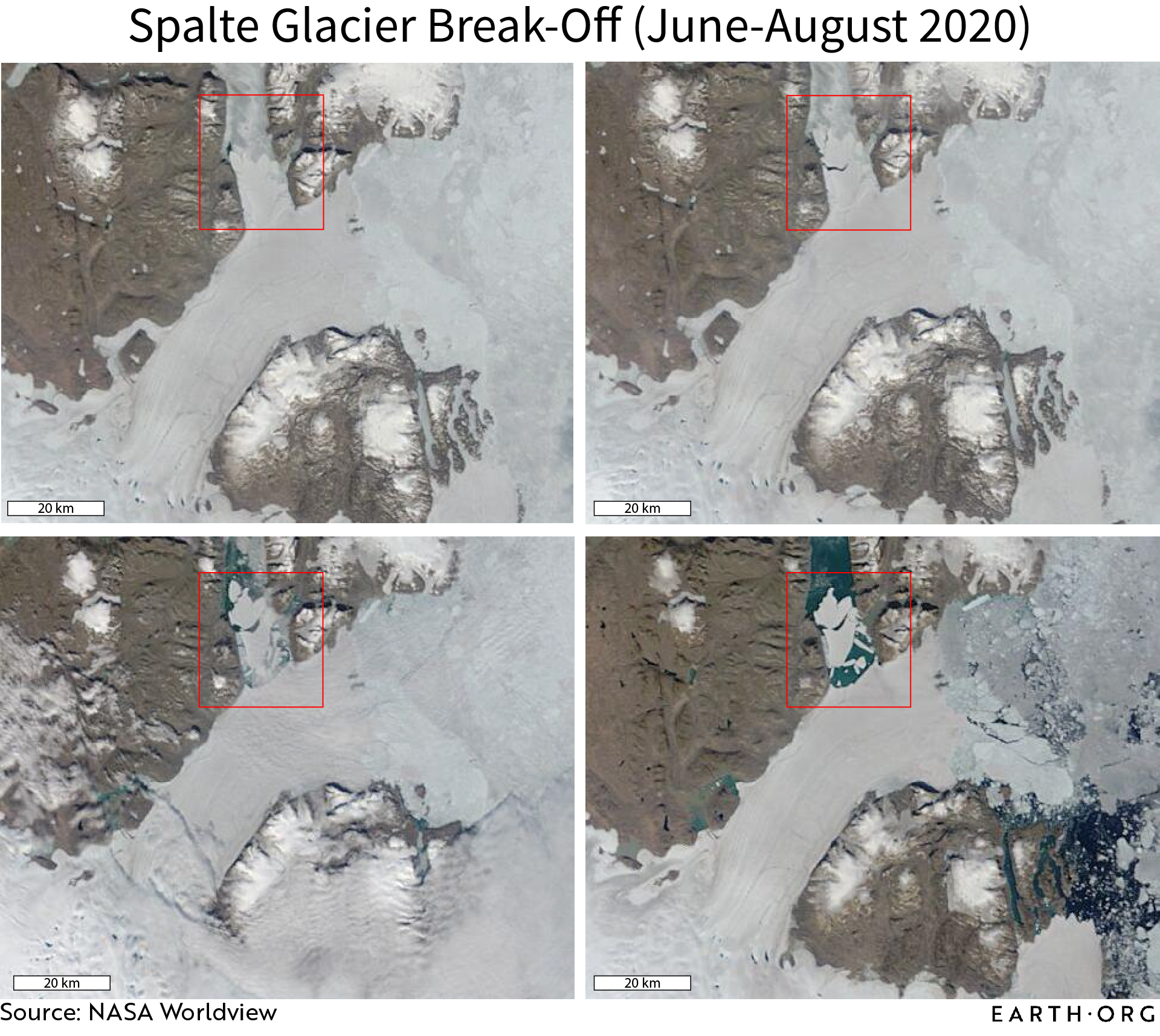 Professor Jason Box from the Geological Survey of Denmark and Greenland, says, “79N became the ‘largest remaining Arctic ice shelf’ only fairly recently, after the Petermann Glacier in northwest Greenland lost a lot of area in 2010 and 2012. What makes 79N so important is the way it’s attached to the interior ice sheet, and that means that one day- if the climate warms as we expect- this region will probably become one of the major centres of action for the deglaciation of Greenland.” He believes that 79N will likely disintegrate from the middle, but says that this could happen in anywhere from 10 to 20 years.

July saw another large ice shelf structure in the Arctic lose a large amount of area; the last fully intact ice shelf in Canada in the Arctic collapsed, losing about 40% of its area over a two-day period. The ice shelf is now 106 sq km in size, after 80 sq km broke off from the Milne Ice Shelf. The Milne was the largest intact remnant from a wider shelf feature that covered 8 600 sq km at the start of the 20th century.

Further, the Greenland ice sheet lost a record amount of ice in 2019: an average of a million tons per minute throughout the year.

You might also like: Greenland Ice Sheet Lost 1 Million Tons of Ice Per Minute In 2019- Satellite Data

The climate crisis is heating the Arctic region at double the rate than at lower latitudes, and the Greenland ice sheet will be one of the biggest contributors to sea level rise, which is already affecting coastline cities around the world.