Latin America and the Caribbean have experienced by far the worst wildlife population decline, an average of 94% in the same period. Among the key drivers are human activities such as deforestation and overfishing, but climate change is also to blame.

As the World Wildlife Fund’s (WWF) Living Planet Report 2022 shows, we are losing nature at a shocking rate. Published on Wednesday, the study suggests that the wildlife population around the world plummeted by an average of 69% in the past 50 years.

There is not one single factor to blame for the unprecedented decline in wildlife populations. Rather, scientists point the finger at human activities such as pollution, overfishing, deforestation, and habitat loss as a consequence of land exploitation for farming and agricultural activities. Climate change also represents a huge threat to habitats and ecosystems worldwide. 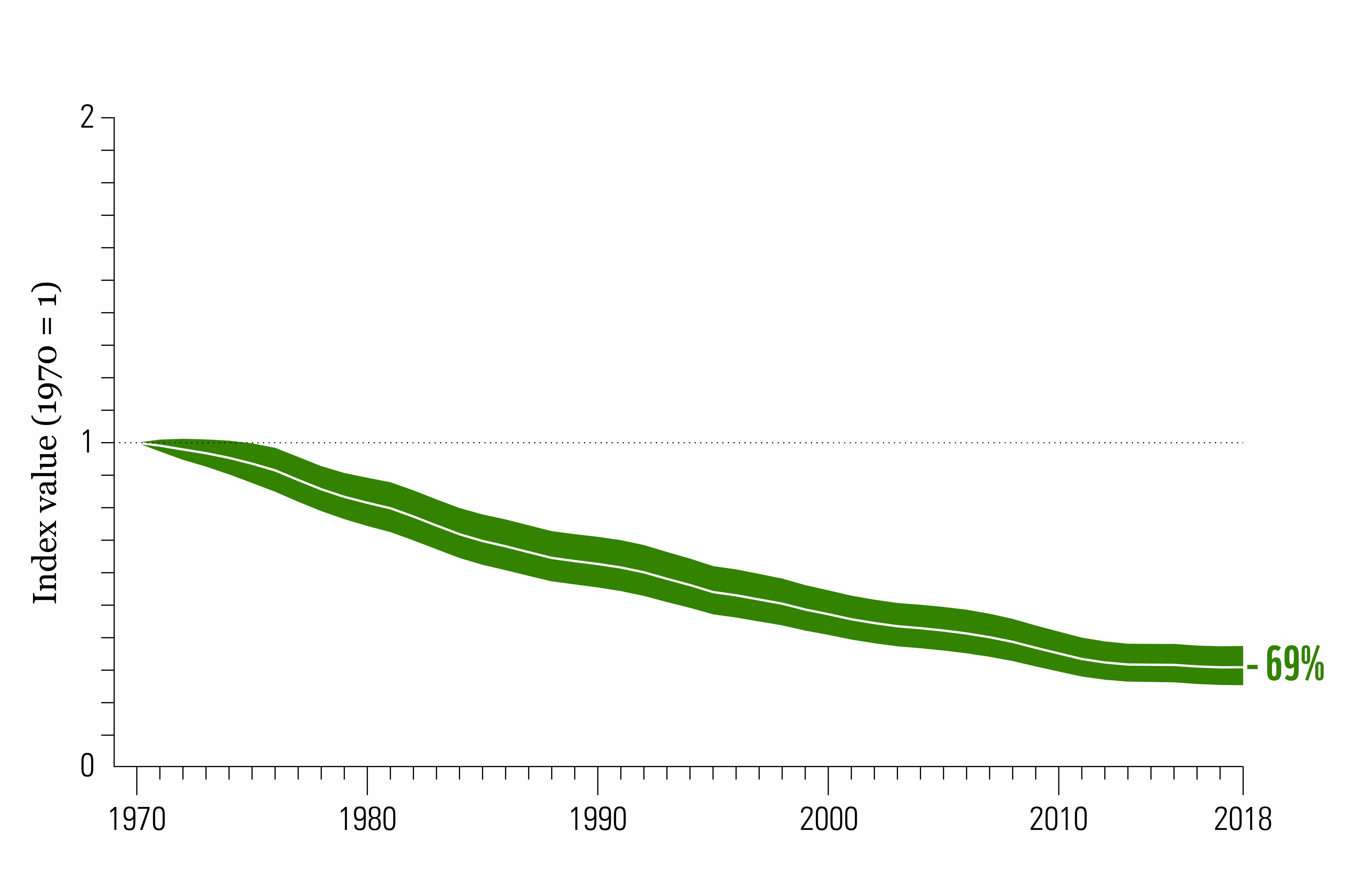 The global Living Planet Index, shows the average change in abundance of 31,821 populations of vertebrates worldwide. WWF/Zoological Society of London

Latin America and the Caribbean have been the regions most struck worldwide. Here, large-scale human activities wiped out 94% of animals since 1970. South America is home to the Amazon, the world’s largest rainforest as well as one of the most biologically diverse ecosystems, with about three million species of plants and animals. Here, ongoing deforestation is destroying natural habitats at an unprecedented pace.

The report also suggests that freshwater species have also been “disproportionately impacted”, plummeting 83% on average in only half a century. Among the species most threatened by overfishing are pink river dolphins and harlequin frogs.

“Nature is a linchpin in our fight against climate change”, Tanya Steele, the head of the WWF’s UK office, told BBC in an interview. “We do need to ensure that we have more nature on our planet rather than less if we are to limit global temperature rises to 1.5C in the future”

The United Nations Convention on Biological Diversity (CBD) coming in December in Montreal, Canada, will be a “once-in-a-decade opportunity” for world leaders to agree on an action plan for the next 10 years on how humanity can preserve nature. “If we don’t take that opportunity,” Steele continued, “we really won’t have the opportunity to turn this around in the years to come.”