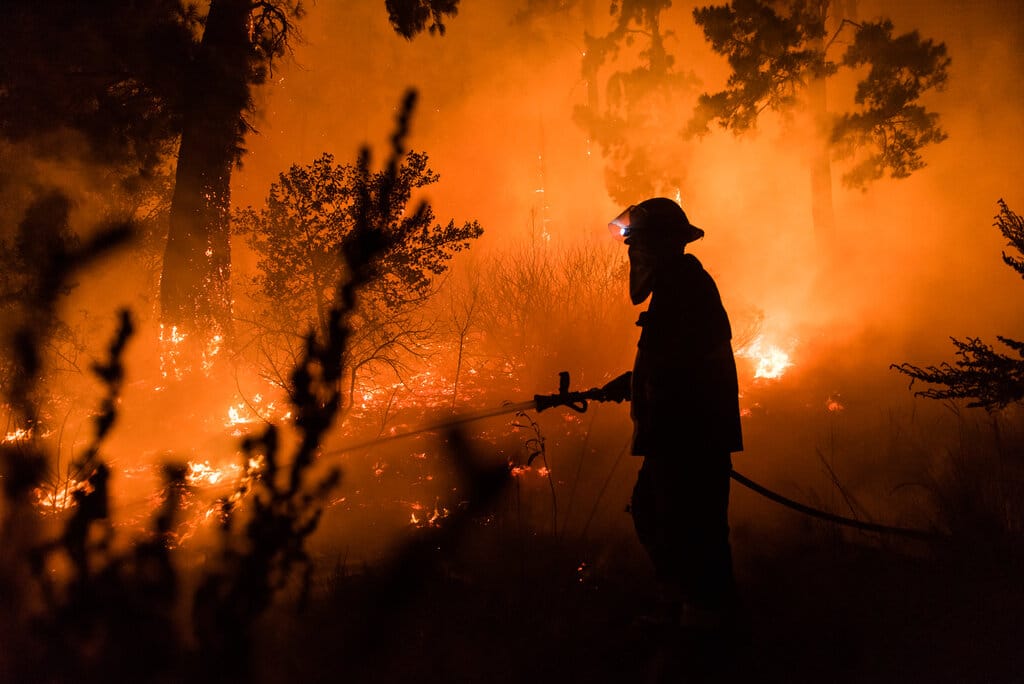 News about forest fires have increasingly dominated headline news, with blazes burning in one of the coldest regions in Siberia to the sunny west coast of the US. The fires are also becoming more severe and ferocious with each passing year amid an intensifying climate crisis. Here are just 10 interesting facts about wildfires around the world.

1. Wildfires Only Need Dry Fuel, Air and Heat to Ignite

Fires can start based on three main factors: dry fuel such as dry leaves and vegetation, dead trees and other organic matter; dry air and an abundance of oxygen supply; and heat and ignition sources including high temperatures. In the presence of strong winds, wildfires can spread further and faster, making it more difficult to suffocate it. These combined conditions have led to countries like the US to be more alert during ‘wildfire seasons’, typically between late summer and early autumn when weather conditions are hotter and drier.

One of the key conditions for a wildfire to start is an ignition source, and lighting strikes are often responsible for a vast majority of wildfires from strong electricity currents landing on forests and vegetation. There are two types of lightning: cold and hot. Cold lightning is usually of short duration and thus rarely ignites a fire. Hot lighting on the other hand, though has less voltage, occurs for a longer period of time, therefore increasing the risk of a blaze. But climate change is amplifying the rate and intensity of lightning strikes, triggering more extreme lightning storms. According to a 2014 study, for every one degree Celsius rise in temperature, it results in a 12% increase in the frequency of lightning strikes.

A report found that careless human activities are behind about 84% of all wildfires in the US and accounted for 44% of total area burned. This includes abandoned cigarettes, campfires and barbecues that were not put out properly, as well as so-called gender reveal parties – particularly popular in the country where expectant parents use pyrotechnic devices to reveal a baby’s gender. One notable example is the El Dorado fire, where a smoke bomb led to a fire that lasted more than two months and covered over 22,000 acres of southern California. Another study showed that human-sparked fires typically spread about 1.83 kilometres per day, more than twice as fast as lightning-induced fires.

4. Wildfires Are A Major Cause of Air Pollution

Smoke from large-scale wildfires causes significant air pollution in the affected area and is a threat to public health. In 2019 for example, 19 out of the 20 most polluted cities in the US were located in California, a state that was most affected by severe fires that season. Smoke is made up of a complex mixture of gases and fine particles, which can penetrate deep into the lungs and aggravate chronic heart and lung diseases. Smoke and poor air quality inhalation can lead to minor issues such as burning eyes and allergies or in a worst case scenario, premature death. The 2021 wildfires that plagued much of the southwest US were visible from the east coast, and near-surface smoke from it contributed to hazy and even smog conditions.

As humanity dumps more greenhouse gases into the atmosphere, trapping more heat, surface temperatures is rising to potentially catastrophic levels. Hotter temperatures and climate change is linked to increased heatwaves, which in turn leads to longer droughts and reduced precipitation. With more dry vegetation available to ignite, and higher rates of lighting storms, wildfires are becoming common, and they burn faster and spread wider too. In the US, a typical fire season that lasts for four months is now stretched to at least six to eight months. The US Forest Service has even started shifting to the concept of a fire year instead of seasons. What this ultimately means is that more property and people are becoming more vulnerable to wildfires.

Dangerous smoke from wildfires are expected, but blazes release significant amounts of greenhouse gas emissions too. In 2021, wildfires around the world – most notably in Siberia, the US and Turkey – emitted a combined 1.76 billion tonnes of carbon, equivalent to more than double Germany’s annual CO2 emissions. The Amazon rainforest, one of the world’s most important carbon sinks, has also become a source of carbon due to wildfires and deforestation.  As mentioned above, greenhouse gas emissions are contributing to global warming, which fuels the conditions for more wildfires. 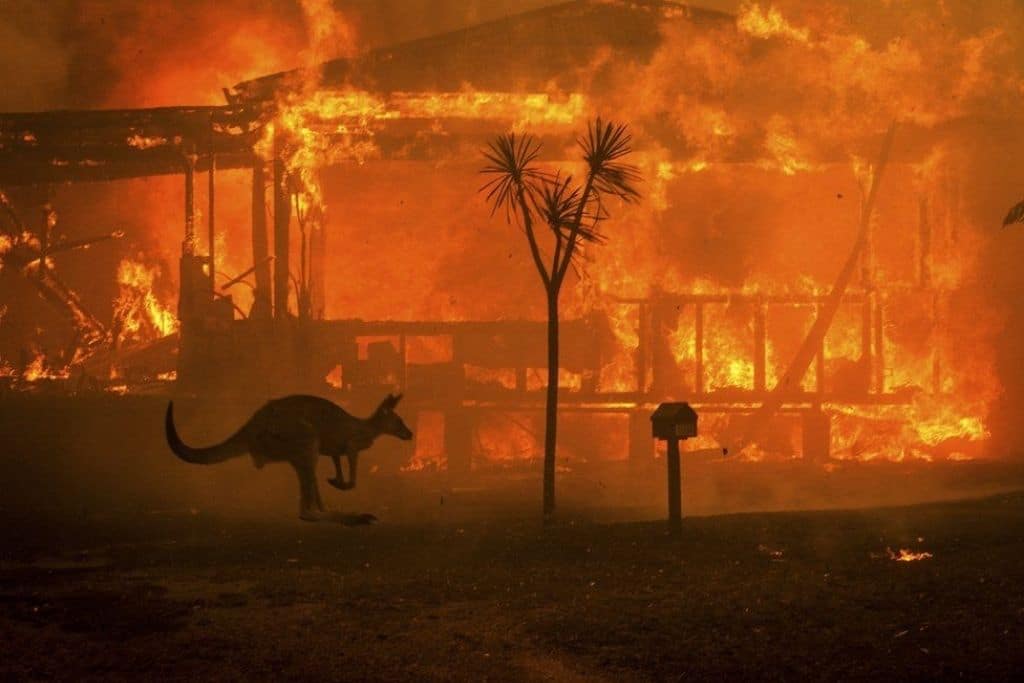 7. The Australian Black Summer was the Largest Wildfire Event in the 21st Century

The 2019-2020 bushfires in the fire-prone country was one of the worst wildfire events in recent history. Concurrent with record-breaking temperatures and months of severe drought, the bushfires burned down an estimated 186,000 square kilometres and destroyed 3,000 homes and buildings. It also killed dozens of people and 3 billion animals, including many of the nation’s iconic koala bears, which were recently declared as endangered as a result. The smoke from Black Summer also resulted in the depletion of the ozone layer by 1%, an amount which typically takes a decade to recover. Australia has already warmed by 1.4C since the Industrial Revolution, a rate that is faster than the global average, meaning its risk of wildfires is also likely higher than other parts of the world.

8. The 2020 California Fire Was One of the Worst in US History

The record-breaking fire first broke out around February 2020 and lasted for the rest of the year, tearing through parts of California, Oregon and Washington state. At one point, every 24 hours, an area the size of Washington DC was being burned. Five of the six largest blazes in the state were also recorded that year. By the end of 2020, nearly 10,000 fires were recorded, burning down more than 4 million acres of land, which is equivalent to about 4% of the state’s land. In their wake, the California fires took dozens of lives, destroyed over 10,000 buildings, and cost over billions of dollars in damage. Stanford researchers also estimate that the smoke and resulting poor air quality led to hundreds of premature deaths in California cities and across the west coast in Washington and Oregon.

9. We Can Reduce Wildfire Risks with Forest and Land Management

To lower the risk of wildfires sparking in the first place, is to target reducing and removing ignition sources and dry fuel. While it’s nearly impossible to stop lightning – and it is hard to predict where it’ll strike – adequate land management and landscape fire management planning can significantly diminish their ability to spread, therefore minimise the damage. This include reducing and stopping deforestation, which would reduce available dry vegetation. More investments are therefore needed in forest management, such as forest stewardships, prescribing controlled burning to thin forest overgrowth and increase sustainable timber harvest programmes. And considering that humans account for more than 80% of wildfires, far greater education and public awareness on proper methods of fire extinguishing is required.

A recent report published by the UN, predicts that global wildfire events will increase by about 50% by the end of the century due to global warming and changes to land use patterns. Based on current trends, regions that were previously unaffected by wildfires will “very likely to experience a significant increase in burning”, including remote northern regions like the Arctic, in drying peatlands and on thawing permafrost. Experts say that we need to invest more in fire risk reduction, and strengthen global commitment to fight climate change.