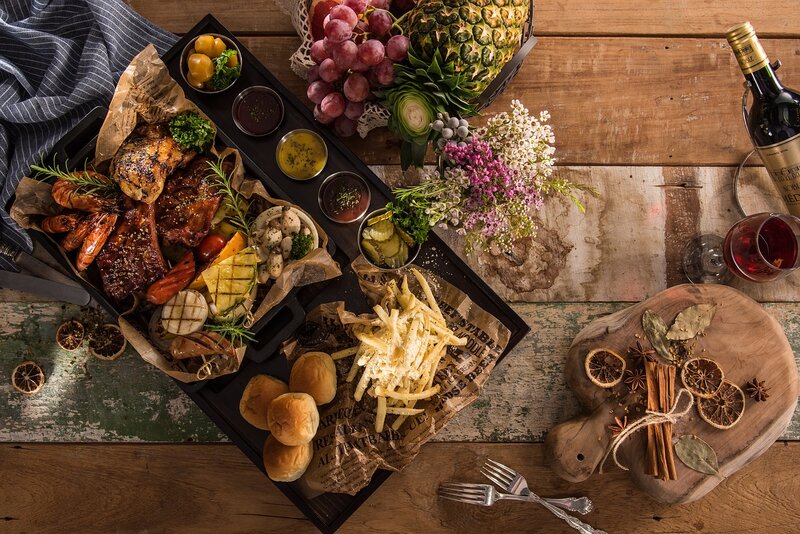 China has launched a campaign targeting food waste in the country, called the “Clean Plate Campaign.” In a speech, President Xi Jinping called the amount of food wasted by the country “shocking and distressing” and added that COVID-19 had brought more attention to the problem. However, some citizens are concerned about the level of control and surveillance this campaign will bring. How will it work?

In his speech, Xi called for strengthening legislation, supervision and long-term measures as well as public education to “resolutely stop food waste.” According to a 2015 report by the China Academy Science and partner, up to 18 million tonnes of food a year is wasted in large cities, enough to feed 30 to 50 million people a year. However, the directive contains no real specifics, leaving it up to officials and citizens across the country to engineer solutions.

According to the Economist Intelligence Unit’s 2018 Food Sustainability Index, per capita, China wastes about 72.4 pounds of food a year. This is not as bad as other countries, like Australia, who disposes of 168 pounds of food annually per capita, and the US, who tosses out 209 pounds annually. However, considering the country’s population of 1.4 billion people, this is a problem that has huge ramifications for the planet.

China is also facing a growing obesity problem, having overtaken the US to have the greatest number of obese people in the world in 2016.

This campaign is not new. China has been trying for years to cut the waste generated by citizens. In 2013, the “Operation Empty Plate” campaign was launched, but this targeted lavish feasts held by officials rather than the public.

In mid-2019, Shanghai introduced regulations forcing individuals and companies to correctly recycle their food waste. Citizens faced fines for non-compliance or penalties to their social credit rating, which affects economic and social prospects. This has since been rolled out to other cities.

This new campaign is controversial in that its proposed methods of enforcement involve closely monitoring individuals’ eating habits- and publicly shaming them for overeating.

Following the president’s address, the Wuhan Catering Industry Association urged restaurants in the city to limit the number of dishes served to diners, implementing a system where groups must order one dish less than the number of diners. This system has been dubbed “N-1.”

The cities Xianning and Xinyang, in the provinces of Hubei and Henan respectively, have also proposed implementing the N-1 system, which has faced criticism by some online for being “too rigid.”

Shanghai is encouraging citizens to report each other if they see someone eating too much or wasting food, however punishments for this offense have not been specified.

Further, a district city in Harbin city in Heilongjiang province, has reportedly set up a “food waste exposure system” for government canteens, installing cameras near food collection bins where workers dispose of their food. Those who are caught on camera with food waste more than three times will be named and shamed, with footage of their crimes played on TV screens across the canteens. State media has also criticised livestreamers who film themselves eating large amounts of food.

In Chongqing, the Federation of Industry and Commerce issued a statement saying that they will set up LED screens with prompts to “establish a frugal consumption reminder system,” as well as measures to “supervise consumers to eat frugally.” One restaurant in southern Hunan province even asked diners to weigh themselves before entering to help them choose appropriate meals.

In China, it is seen as polite to order more than the amount needed; empty plates are sometimes seen as a sign of a bad host, showing that an insufficient amount of food was ordered for guests.

Food is also quite a sensitive topic in China, where a famine during the 1950s and 1960s saw 45 million people starve to death. Being able to eat what they want and when they want is seen as a sign of China’s new wealth. Further, when the government withdrew food vouchers in 1993, it was a sign that food shortages were over, and people could eat as they wished. This new-found wealth was displayed through luxury dishes such as shark’s fin and bird’s nest soup.

The renewed focus on food waste comes after the COVID-19 panic and the severe effect it had on the country’s agricultural sector. Unable to get produce to the market, some farmers had to contend with fields of rotting produce.

Meanwhile, weeks of mass flooding along the Yangze River decimated crops, contributing to rising food prices and forcing the government to release tens of millions of tons of food from government storage.

Food security has always been important to China. As much as 20% to 30% of China’s grains are imported, according to estimates.