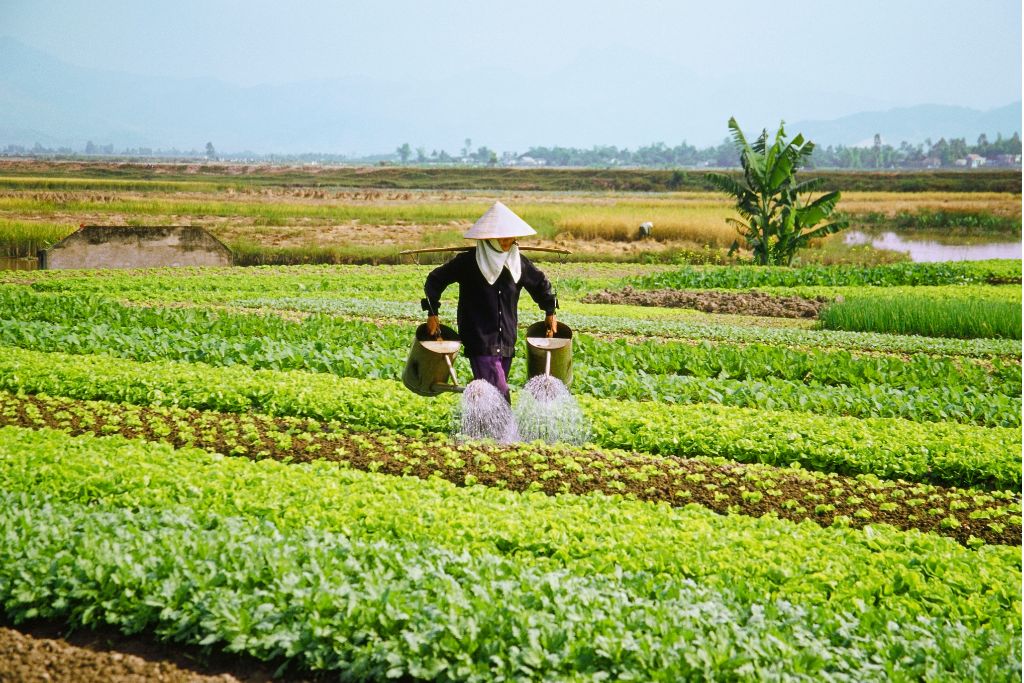 Our food and water security are facing multiple threats because of climate change and environmental factors. But conflict is another major driver for concerns regarding the security of these resources. With world food inflation already being at a record high, the Ukraine-Russia crisis is adding on to these pressures by increased fuel prices and shrunken food supply exacerbating the resource concern.

What is Food and Water Security?

Food and water are the two of the most basic necessities of all life on Earth including humans. Survival without these would be impossible and the presence of these resources makes this planet habitable. Food and water are essential for social, economic, environmental, as well as political activities. Yet not everyone is fortunate enough to receive clean, good quality and sufficient supply of them on a daily basis.

But water systems are becoming more vulnerable due to growing global demand for water while facing threats from pollution and natural disasters like floods and droughts. Many of the world’s river basins are at risk due to poor management of the water resources available in those regions, threatening the ecosystem and leading to mounting concerns of availability of water. The threat of water scarcity is one that is very real and urgent, with half of the global pollution potentially living in areas of scarce water by as early as 2025.

Water security is the capacity to protect sustainable access to sufficient quantities of water of adequate quality necessary for the sustenance of livelihoods, well-being and socio-economic activities for development. Given the growing fear and effects of climate change, it is important that we have sustainable sources of water, and not just sufficient water, which would be able to withstand the different factors influencing availability. If resources are managed appropriately, achieving water security would not be a faraway dream; in 2020, 74% of the world’s population had access to a safe source of drinking water with clean, non-contaminated water available to them when they needed it.

Another reason why water security is of serious concern is because it directly contributes to attaining food security. Safe water is not only necessary for drinking or daily purposes but is crucial for the production of food and agriculture. Water security is closely interlinked with food security as water is a primary element of agriculture and crop productivity. Food security is ensuring regular access to healthy, nourishing and enough food through physical and economic means. Availability, access, utilisation and stability of access are very important attributes of food security as defined by the World Food Summit in 1996. Food can be made available either through domestic production or through imports while ensuring access to food through adequate resources including cultural, traditional rights of particular communities. The aspect of utilisation is about services complementary to reach a specific state of nutritional well-being. The stability of access as well as availability is crucial in trying to achieve food security.

The status of food security in the world is currently vulnerable due to various social, political, environmental and economic shocks that have occurred. There seems to be some confusion whether food security is due to a production crisis or a supply crisis. But this should be made clear: there is enough food available to feed everyone in the world. A lot of the food is wasted around the world, particularly the developed nations, leading to global food inequality. The EU, the UK and the US waste a ton of food and just one quarter of the food wasted by them is enough to feed the hungry.

One of the major problems is the structure or design of our food systems. They are inherently flawed and it is a vicious cycle of production, overproduction, waste generation leading to environmental problems, which in turn worsen the state of our farms and agricultural processes, and the cycle goes on. There is a severe need for designing large-scale sustainable production systems. Overfishing is another contributing aspect to our concerns around water security as it has endangered marine life and ecosystems exacerbating the food and climate problems.

Factors contributing to water insecurity are also some of the major drivers of food insecurity. Climate change and extremities have a huge impact on the capacity to grow and harvest crops, and also affect the quality of the food that is produced. Economic crises or slowdowns, increasing population, and conflict can have the biggest impacts on global food security. According to the economist Thomas Malthus, with growing populations, the world would start facing a shortage of resources. At the same time, thanks to technological advancement, humans have been able to produce way more than needed and so availability is no longer the problem. Additionally, conflict and war can trigger situations that see millions of people going hungry and getting displaced with little to no access to clean and safe food and water. Many countries are still recovering from the severe public health as well as economic impacts from the Covid-19 pandemic. During which, prices of food increased and world food inflation soared. The conflict between Russia and Ukraine, two major breadbaskets of the world, has intensified these fears around food security and rising food inflation. It has led to growing uncertainties and short-term instabilities of food supply and availability as these two countries are among the three biggest exporters of wheat, maize, rapeseed, sunflower seed and oil and barley in the world. The Russia-Ukraine war has caused major disruption in harvest and planting, in logistics and at various levels in food supply chains along with damage to crops and destruction of agricultural infrastructure and essential resources.

Along with various food crops, Russia is also a major exporter of fertilisers, which are essential for food production. Increase in fertiliser prices is directly driving up the prices of gas since it is an important component of agricultural production; higher input prices of fertiliser is therefore contributing to food price inflation.

Low- and middle-income countries, or least developed countries, are the ones that are heavily dependent on wheat and other imports from Russia and Ukraine. They will also be the ones that are most affected due to rising import bills leading to even further food inflation domestically. According to the Food Security Update of the World Bank, the ongoing conflict in Eastern Europe has had a changing impact on the patterns of trade, production as well as consumption and due to this, the effects of food inflation could last till the end of 2024. 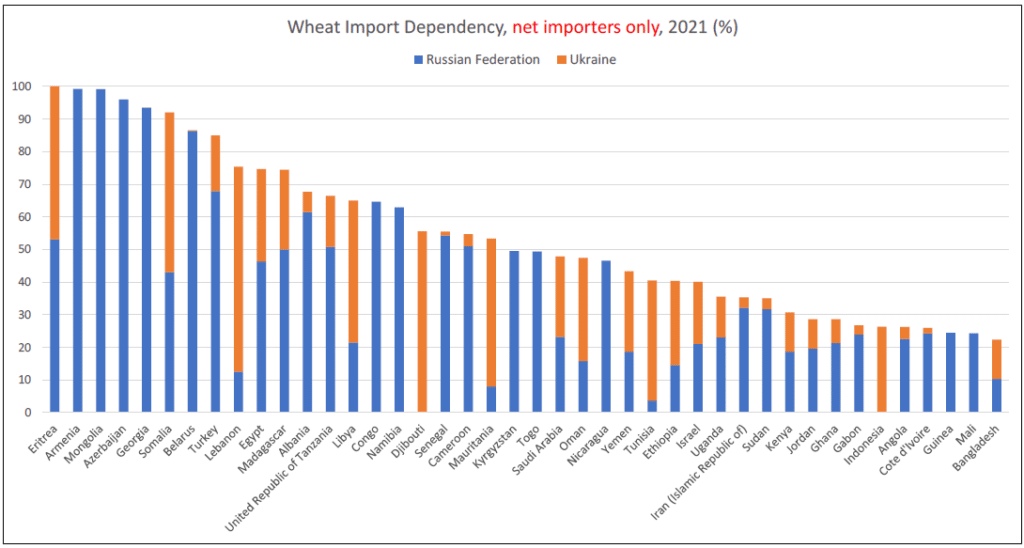 In many nations, people will struggle to eat a healthy and nutritious diet due to dwindling supplies of food, rising food prices, and lower real wages. Consumption patterns may change toward less expensive food replacements and a growth in demand for these, in addition to other variables such as rising fuel and fertiliser prices, might affect their prices to rise, depending on the degree of substitutability.

It is uncertain how long it will take to restore food supply to pre-conflict levels. The degree of the destruction, the efficiency of international initiatives and help, and the speed with which Ukrainian farmers can be educated and deployed to farms will all play a key role.