15 Plastic Pollution Quotes to Inspire You to Go Waste Free 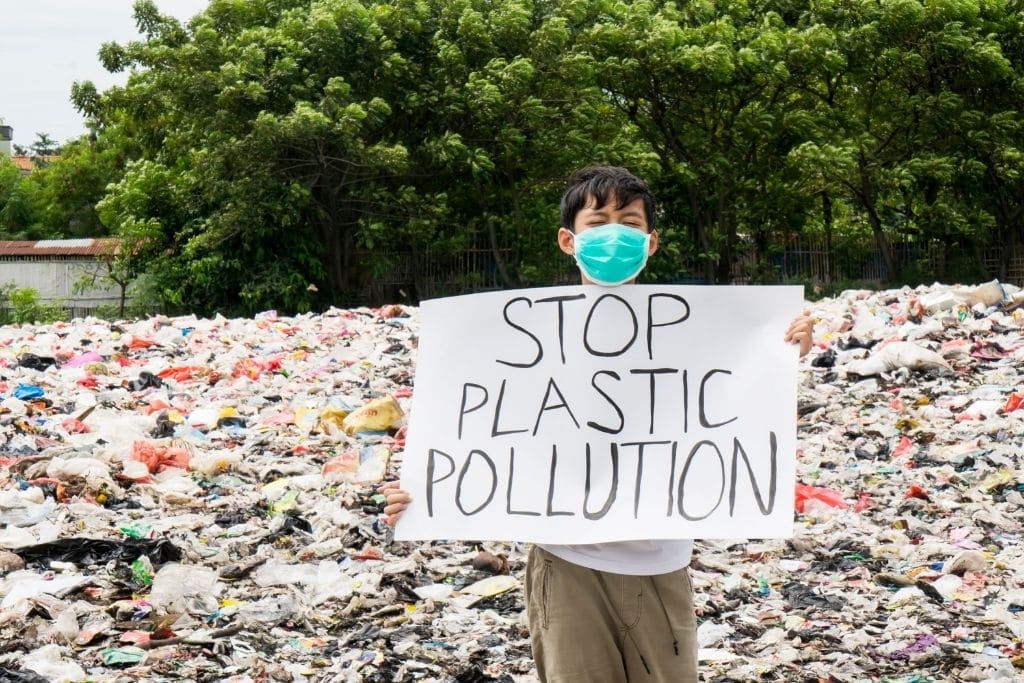 Plastic is so ubiquitous that it has become an essential component of our daily lives, but the waste generated from it has reached staggering levels. Globally, we produce about 242 million tonnes of plastic every year, a large percentage of which enters the ocean when they’re disposed of. Plastic currently accounts for 85% of all marine litter and is on track to triple by 2040, adding 23-37 million metric tons of waste into the ocean per year. Aside from the fact that plastic takes hundreds of years to decompose, it also poses great health risks to marine animals, where they can accidentally ingest or disrupt ecosystems. If these facts are not enough, allow these plastic pollution quotes inspire you into action to reduce your plastic waste.

1. “Industrial pollution and the discarding of plastic waste must be tackled for the sake of all life in the ocean.” – Sir David Attenbourgh, renowned British naturalist and documentary filmmaker.

2. “Plastic pollution is a global issue: killing wildlife, contaminating our oceans and waters, and lasting far longer than it is used.” – Leonardo DiCaprio, actor and environmental activist.

“It is the worst of times but it is the best of times, because we still have a chance” – Sylvia Earle, world renowned and one of first female oceanographers on plastic pollution.

4. “Of all the waste we generate, plastic bags are perhaps the greatest symbol of our throwaway society. They are used, then forgotten, and they leave a terrible legacy”. – Zac Goldsmith, the British Minister of State for Pacific and the Environment.

5. “Plastic waste is now found in the most remote areas of the planet. It kills marine life and is doing major harm to communities that depend on fishing and tourism.” – António Guterres, UN secretary general.

6. “Not only are plastics polluting our oceans and waterways and killing marine life – it’s in all of us and we can’t escape consuming plastics.” – Marco Lambertini, Director General of WWF International.

7. “I realised that plastic had become such a part of my life that it had become invisible to me. I just did not see it until it was pointed out to me, and I was told it was causing specific problems. And then I saw it everywhere. I saw it between my toes when I was on the beach. I saw it in the seaweed. I saw it floating between my legs while I was surfing. Once you see it, when you start to look at the problems it causes; when you investigate the human health consequences, you cannot unsee it. ” – Craig Leeson, award-winning journalist and director of A Plastic Ocean.

8. “There is no such thing as ‘away’. When we throw anything away, it must go somewhere.” – Annie Leonard, executive director of Greenpeace USA.

11. “It cannot be right to manufacture billions of objects that are used for a matter of minutes, and then are with us for centuries”. – Roz Savage, English ocean rower, environmental advocate, writer and speaker.

12. “If it can’t be reduced, reused, repaired, rebuilt, refurbished, refurbished, resold, recycled, or composted, then it should be restricted, redesigned or removed from production.” – from the song Garbage by Pete Seeger, late American singer and social activist.

13. “We humans have become so dependent on plastics for a range of uses, from packaging to products. Reducing our use of plastic bags is an easy place to start getting our addiction out of control.” – David Suzuki, Canadian scientist, author and environmental activist.

“The plastic pollution problem does not start at the middle of the ocean; [it] does not start on our shores or in our rivers: It starts on land. Solutions should be found on land, its source.” – Merijn Tinga, Dutch environmental activist and Plastic Soup Surfer.

15. “For all the environmental troubles single-use shopping bags cause, the much greater impacts are in what they contain. Reducing the human footprint means addressing fundamentally unsustainable habits of food consumption, such as expecting strawberries in the depths of winter or buying of seafood that are being fished to the brink of extinction.” – Susan Freinkel, author of Plastic: A Toxic Love Story.