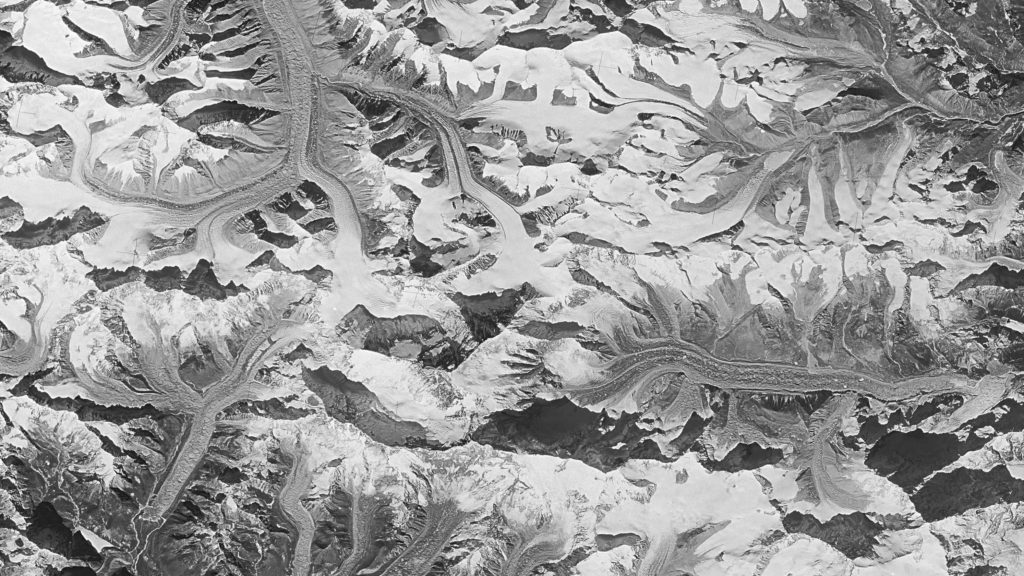 Cold War-era US reconnaissance satellites have gone out of orbit. But they have left images that reveal the horrifying realities of climate change. A new study based on declassified satellite imagery revealed that the melting of Himalayan glaciers has doubled since the turn of the 21st century, compared to the previous 25 years.

A team of researchers led by doctoral student Joshua Maurer, from Columbia University’s Lamont-Doherty Earth Observatory, analysed Cold War-era spy imagery combining it with modern satellite data and found that 8bn tonnes of ice are being lost every year. Over 650 of the largest glaciers across India, China, Nepal, and Bhutan, which together represent 55% of the region’s total ice volume, have lost the equivalent of a vertical foot and a half of ice each year this century due to global heating caused by human activities.

Earlier, scientists had documented the rate at which the Himalayas had lost ice mass in the course of this century using more sophisticated satellite imagery. But this is the first comprehensive look at the melting rates of the Himalayan glaciers over a 40-year time span.

During the 1970s and 1980s, at the height of the Cold War, a US spy programme–Hexagon–had launched 20 satellites into orbit to secretly photograph the Earth.  The satellite missions, run by the National Reconnaissance Office, sought to capture wide-ranging views of what transpired around the globe. Each satellite was the size of a truck and weighed over 15,000 kilograms. In all, they photographed some 877 million square miles of Earth.

The covert images were taken on rolls of film that were then dropped by the satellites into the atmosphere to be collected by military planes. The films were contained in metal canisters, which deployed their parachutes before being captured by high-flying spy planes. The materials were declassified in 2011, and have been digitised by the US Geological Survey for scientists to use.

Among the spy photographs are the Himalayas–an area for which historical data is scarce.

The photos had lain unused in archives for several years. The Columbia University team developed a computer software to turn these old photos into 3D maps allowing them to digitally explore the Himalayan surfaces as they appeared in 1975. They looked at 650 glaciers and compared them with modern satellite data from Nasa and the Japanese space agency (Jaxa) to create the first detailed, four-decade record of ice along the 2,000km mountain chain.

How fast are glaciers melting?

Researchers found that between 1975 and 2000, the average loss of glacial ice was about 25 cm per year, but this doubled to 50 cm in the 21st century. These are average figures, spread out across the region, and in the worst-hit areas, that ice loss is as much as 5 metres a year.

Warming air temperatures have accelerated ice loss. Inferring data from local weather stations, the team found temperatures in the Himalayas have risen one degree Celsius higher than those from 1975 to 2000.  The rising temperatures are consistent with the observed melting. Further calculations also confirmed that one degree was indeed enough to produce such a massive loss of glacier ice.

The study concluded that the rate of melt was consistent across all the glaciers they studied.  “All of the glaciers have lost similar amounts of ice. It indicates there is one overarching factor causing this,” said lead researcher Josh Maurer. “Global temperature rise is the only one that makes sense.”

Why are glaciers important?

Glacier loss at this rate points to an impending threat that might devastate an entire region of South Asia in the near future. Glaciers are a key source of fresh water for both natural ecosystems and nearby human communities, helping to feed mountain streams as they melt during the summer months. More than 800 million people from China, India, Pakistan, and Bangladesh rely on seasonal Himalayan runoff for irrigation, hydropower, and drinking water. The ice and snow in the region are the source for Asia’s mighty rivers including the Indus, the Yangtze, and the Ganga-Brahmaputra. As these glaciers shrink, they could alter the local hydrology and disrupt the water supplies. As a result, densely populated areas in South Asia would face more severe water crisis than ever before.

Melting glaciers pose another unpredictable danger: disastrous floods. Glacial water gets blocked by piles of rubble and forms glacial lakes that can burst and flood villages and cities downstream. These lake outburst floods have killed thousands of people in the Andes, Himalayas, and Alps in the past. In May 2012, one such flood killed over 60 people in villages near Pokhara, Nepal; it also destroyed houses and infrastructure.

Another study published last February projected that, even in the best-case scenario, if the world rapidly decarbonised and was carbon neutral by 2050, limiting global warming to 1.5 degrees Celsius, the Himalayan glaciers are still melting rapidly and stand to lose a third of their total ice, because the peaks are warming at a faster rate than the global average.