Earth.Org aim to highlight large-scale planetary natural degradation. We want to use our website as a platform to spread awareness of what is happening to our planet.

If you are a professional or amateur photographer who has witnessed and recorded extraordinary scenes of environmental degradation or destruction – please submit your pictures here with a short note to explain the location, timing and context.

Our Editorial team will publish the best visual stories – as special Photo Series. 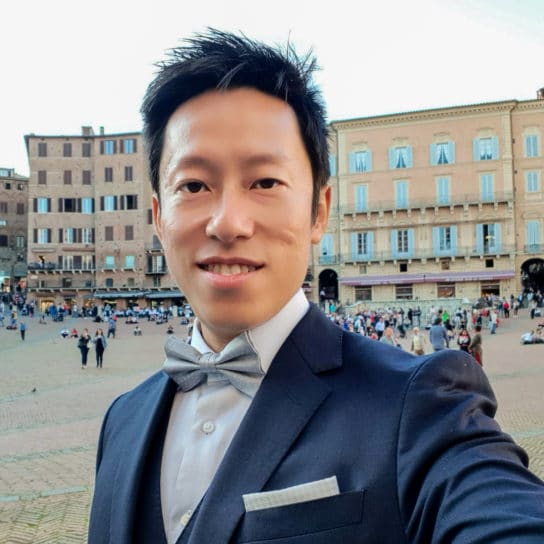 "Capturing everything beautiful that God has created." – Chin Leong Teo

Chin Leong Teo is a Singaporean photographer. He is interested in various photographic genres including travel, nature, and landscape. He has lived and worked in Singapore, the United States, Saudi Arabia, China, Indonesia and Japan. These myriad experiences have created in him a globe-trotting desire to see the world and to connect the different cultures of the world through photography and the visual arts. His personal goal is to capture everything beautiful that God has created, and to continue developing his photographic sense and acumen. 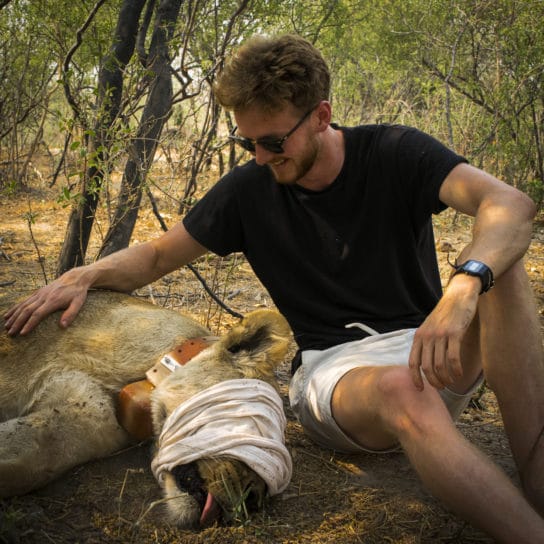 “Unless someone like you cares a whole awful lot, nothing is going to get better. It's not.” ― Dr. Seuss, The Lorax

Josh Robertson is a land animals, nature and human impacts photographer from the UK. Having spent the last decade working on conservation projects and doing research around the world, he has been fortunate enough to witness so many wonders of the natural world, but also seen how fragile some species and ecosystems are. He believes photography/videography has the power to save them. He is currently working on Conservation Conversations, a webinar series that explores the conservation challenges of the future and identify strategies to help secure the long-term health of wildlife and landscapes. 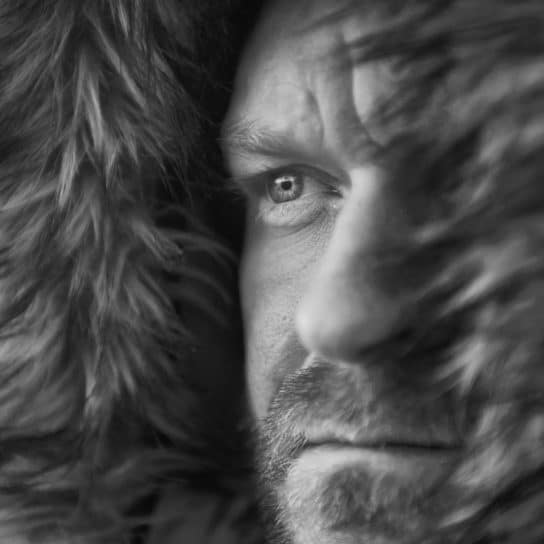 "Being happy with a picture is very important, but very often there is a story behind it that needs to be told. What separates a good image from the rest is when this story is being told to the viewer. If I succeed in telling the story I will be happy." – Roy Mangersnes

Roy Mangersnes is a Norwegian land animal and nature photographer. Pursuing his passion for nature, he picked up photography while doing his masters degree in animal behaviour. Today, the ability for photography to make a difference for nature is his greatest inspiration. Roy is also partner and professional photographic host in WildPhoto Travel. He is doing assignments around the world from the Arctic to the Antarctic, Africa, South-America and the Galapagos Islands. His current conservation projects are Photographers Against Wildlife Crime, Wild Wonders of China and Sony Wildlife Explorers.

His work has been featured in:
GEO
BBC Wildlife Magazine
The Times
Cosmopolitan 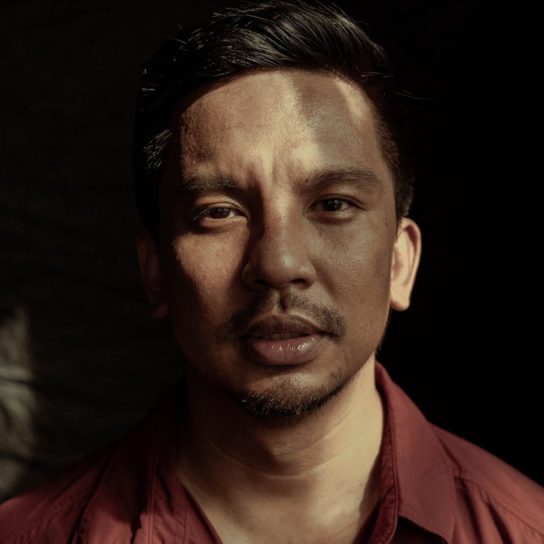 Noel Guevara is a conservation photographer and filmmaker based in Manila, Philippines. He photographs marine animals, land animals, nature and human impacts. Focusing on the Coral Triangle region, he has tackled assignments addressing marine conservation, single-use plastic pollution, and climate change. He has also been a video editor since 2000 and a TV commercial director since 2008.

His work has been featured in:
BBC
National Geographic
CNN
Nature Photographer of the Year 2019
Sony World Photography Awards 2017 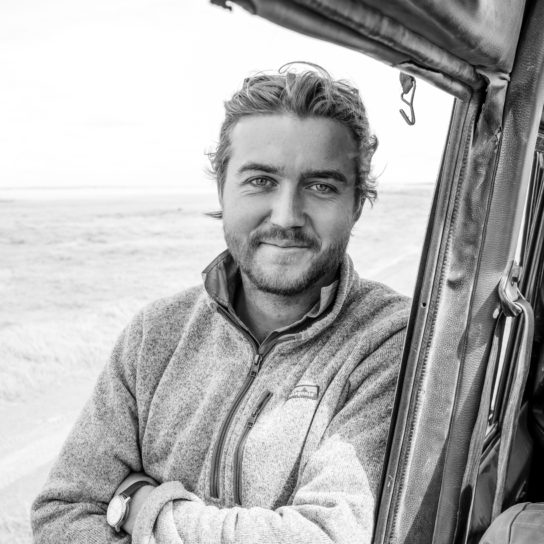 "For most of history, man has had to fight nature to survive; in this century he is beginning to realize that, in order to survive, he must protect it." – Jacques-Yves Cousteau

William Fortescue is a land animals and nature photographer from the UK. He firmly believes we are born with an intrinsic love for nature, and feels extremely fortunate to be able to spend his life pursuing this love. He hopes to use images to evoke emotion, champion change and encourage positivity in the battle to protect our last wild places. He wants to create images that showcase what we stand to lose and why we should be doing all we can to protect it. At the moment, he is a partnered photographer for Saving The Wild and the David Shepherd Wildlife Foundation. 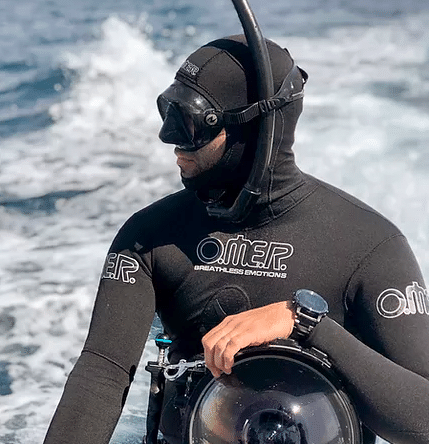 "I will always go back to the ocean. She has always rewarded my patience."" – Jorge Cervera Hauser

Jorge Cervera Hauser is an underwater photographer, award-winning film producer and eco-tourism activist from Mexico. He has worked hand in hand with fishing communities in Baja to develop open ocean tourism as an alternative to fishing and supported research and conservation efforts by scientists and non-profits. Jorge is also a two-time speaker at TEDx. His most recent projects include the adventure travel firm Baja My Love and The Hydrophone, a 10-episode limited podcast he produced and hosted during the COVID-19 Pandemic. 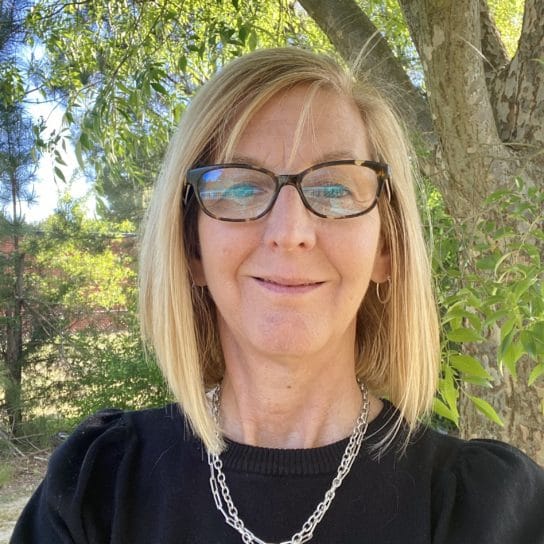 "The Earth is what we all have in common.” – Wendell Berry

Karen Lorenzo is based in Clayton, North Carolina and she photographs land animals, nature, landscapes, urban cities and human impacts. She fell in love with photography after she took a photography class in high school. She finds it to be a great stress relief to be out in nature capturing what she sees and hears. She wants to make an impact on conservation and show the world to appreciate life, the world, and to respect what nature has provided. At the moment, she is working in North Carolina to help save the Red Wolf from extinction. She recently photographed one of 20 of the last known Red Wolves in the wild! 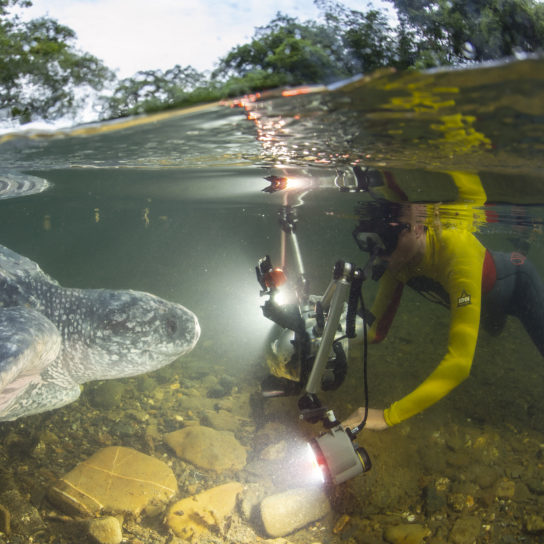 Vincent Kneefel is from Amsterdam and he specialises in marine animals photography. He is also an editor-at-large for Diving Magazine and a contributing photographer for WWF. Having witnessed the beauty and diversity of life underwater and the threats it is facing, he uses his photography and storytelling to help safeguard the ocean’s future. Currently, he is working on the conservation project, The Ocean Story.

He has been shortlisted in:
Final rounds of international competitions, such as Wildlife Photographer of the Year and UN Basel Convention 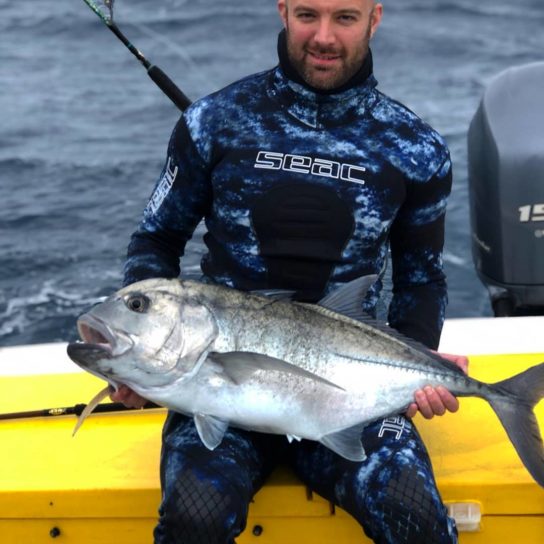 "We need to respect the oceans and take care of them as if our lives depended on it. Because they do." – Sylvia Earle

John Kowitz is from California and Hawaii, and he photographs marine animals, nature, human impacts and does underwater artistic photography. Through photography, he wants to capture the beauty, tragedy and art he sees in the ocean to share it with the world so we can protect and preserve it. Currently, he is working with Team Sharkwater and Fins Attached.

His work has been featured in:
Hawaii Skin Diver Magazine 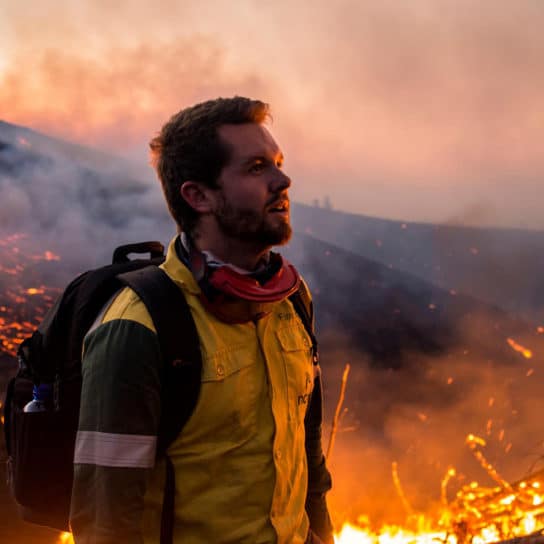 "The only reward for taking the easy route is that it's easy." – Justin Sullivan

Justin Sullivan is a South African photographer who captures images of nature and human impacts. He became a photographer because of the ability to create meaningful content that is impactful. Currently, he is working on a 12-Part Conservation Series for Selati Game Reserve. He is also currently working on two ongoing documentaries in the Greater Kruger.

He has won:
Two categories of The Andrei Stenin International Press Photo Contest 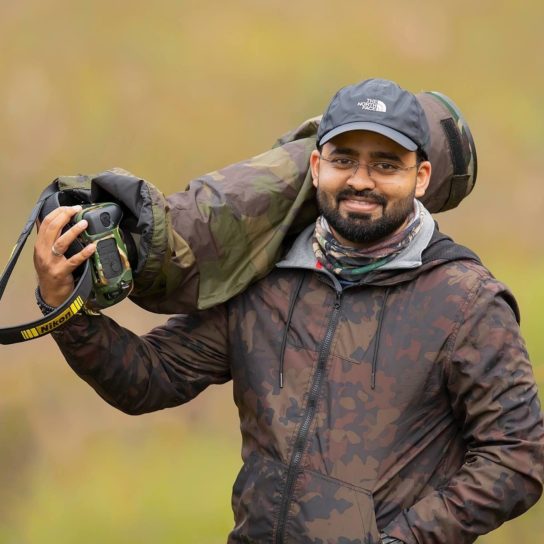 "What is life if full of care, we have no time to stand and stare?" – Akhil Vinayak Menon

Akhil Vinayak Menon is from Dubai, and his love for wildlife and nature has always inspired him to travel and explore our Earth. He photographs land animals, nature and landscape. Photography allowed him to capture and share his experiences with a wider audience. He has dabbled with all types of photography, but he felt that wildlife and nature were his true calling.

His work has been featured in:
National Geographic
BBC
Lonely Planet
Frontline
And more

“Pen and Camera are weapons against oblivion, they can create awareness for that which may soon be lost forever.” – George Schaller

Aaron Gekoski is from England and he photographs marine animals, land animals, nature and human impacts. He is intrigued by the potential to use photography for the good of the planet and wants to evoke change. His current conservation projects focus on wildlife tourism, illegal pet trade and illegal wildlife trade. His photographic investigations document abuse and are showcased internationally to raise awareness. He recently launched a platform with Born Free Foundation to allow tourists to report animal abuse. 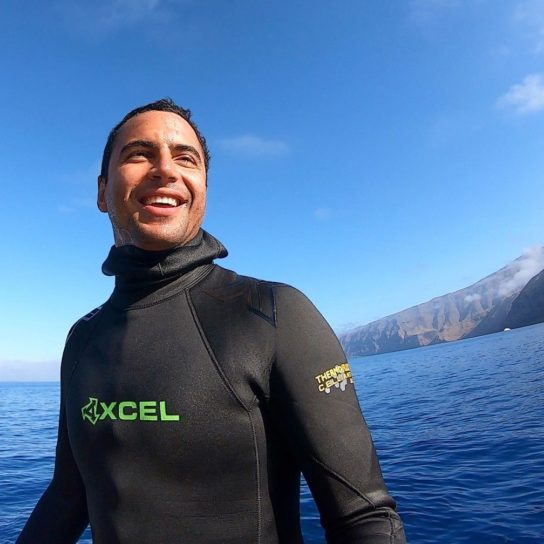 Alexander Schmidt was born in Caracas, Venezuela and is currently based in Cabo San Lucas, Mexico. He photographs marine animals. When Alexander free dove with sharks for the first time, he became fascinated with the underwater life. He saw what was happening to sharks around the world through social media, and he understood the power of a camera and a wild animal. He wants to create awareness and to bring wild animals closer to far-away consumers, who ultimately are the main cause of their extinction. Currently, he is working for Mexico Azul, an NGO based in Mexico, and is a media manager in Fins Attached onboard the Sharkwater Vessel.

His work has been featured in:
Sharkadelic 2 (a chapter of Sharkweek, to be aired in July 2021) 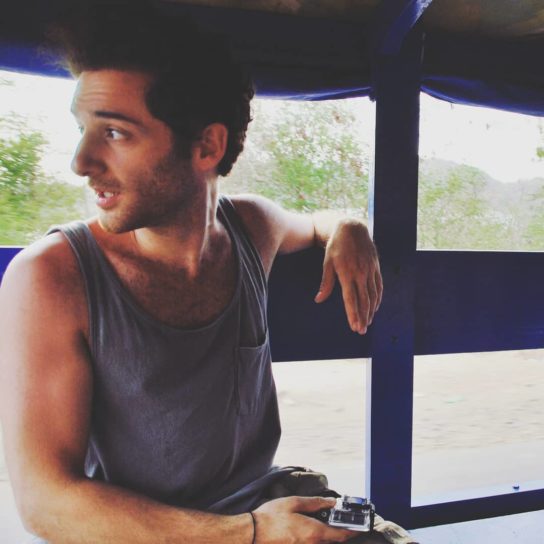 "Those who are inspired by a model other than Nature, labor in vain." – Leonardo da Vinci

Alon Mekinulov is in Vienna, Austria, specialising in macro photography of land animals, nature, landscapes, urban cities and human impacts. Alon's conservation work in Sumatra inspired him to document his experiences, which led him to learn and fall in love with photography and film. He co-founded Legaseed, where they create photo and film for NGOs and convey the importance of conservation through storytelling.

His work has been featured in:
Canon Austria
Canon Switzerland 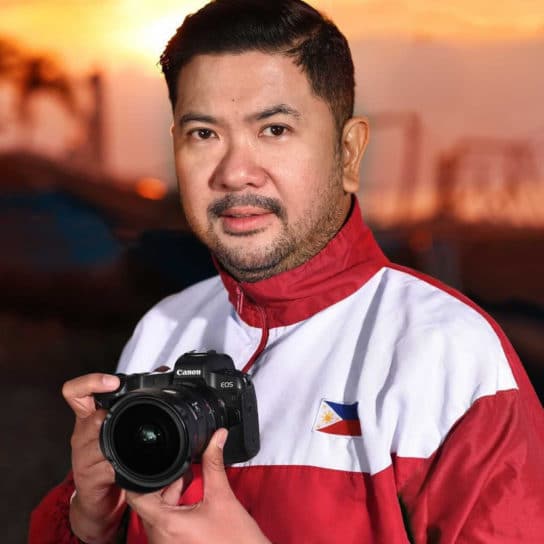 Mark Badiola is from the Philippines and he specialises in photographing marine animals, nature, landscapes, urban cities and human impacts. He first started photography to capture moments. Currently, he is working on a conservation project called the Philippine Coast Guard Auxiliary, which promotes the safety of life and property at sea, the preservation of the marine environment and its resources and the conduct of maritime search and rescue.

His work has been featured in:
Hugyfot Hall Of Fame
BBC UK
Daily Mirror
Polsat Poland and Manila Standard

@earthorg Follow Us
Keep freshly informed
Get the best of Earth.Org
Our best stories direct to your inbox every fortnight.