A Tale of Two Climate-Action Proposals: The Green New Deal and the Biden Plan 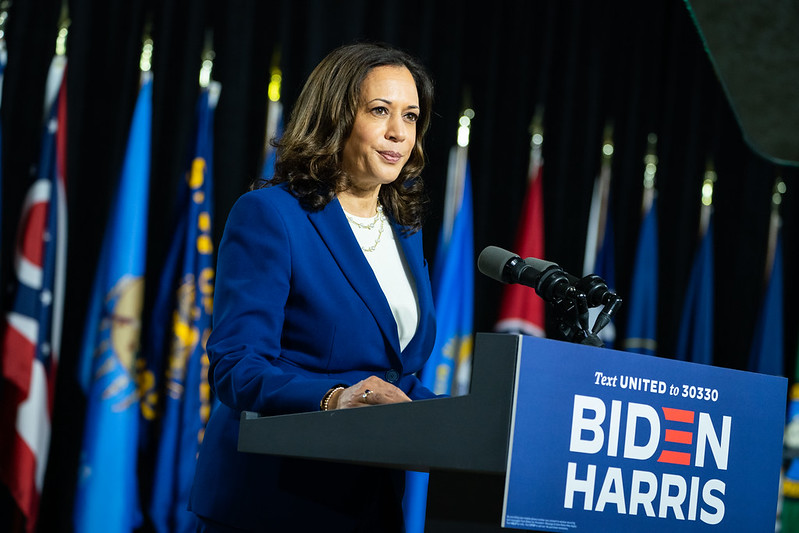 Democratic presidential candidate Joe Biden and his running mate, Senator Kamala Harris, are campaigning the most aggressive climate platform ever put forward in a US general election. As a result of mounting pressure from climate activists, the Biden-Harris campaign has been working alongside progressive policy makers and scientists for months to draft an action plan that will appeal to the large faction of liberal voters for whom the climate crisis is at the forefront this election. From this collaborative effort came The Biden Plan for a Clean Energy Revolution and Environmental Justice, or the Biden Plan for short, but how does it differ from the Green New Deal?

Biden and Harris are walking the political tightrope between appeasing environmentally-oriented leftist voters by putting forth an ambitious climate plan, and securing the support of moderate voters by distancing their campaign from the Green New Deal (GND), the aggressive climate action resolution spearheaded by progressives Rep. Alexandria Ocasio-Cortez and Sen. Ed Markey, which some centrist voters view as “too radical.”

During both the first presidential debate on September 29 and the vice presidential debate on October 7, President Donald Trump and Vice President Mike Pence criticised the GND, calling it “the dumbest and most ridiculous [resolution],” promoting the misleading claim that it would cost the US USD$100 trillion (a number determined by a right wing policy group). The President and Vice President also repeatedly conflated the GND with the Biden Plan during both debates, leaving many viewers with questions about the overlaps between the two proposals and the points on which they diverge. The official statement on Joe Biden’s campaign website maintains, “the Green New Deal is a crucial framework for meeting the climate challenges we face,” nodding to the GND and its co-creators (many of whom, including Ocasio-Cortez, helped to draft the Biden Plan), without openly aligning with it.

There are a number of similarities between the two proposals, and it is clear that the GND inspired the Biden Plan, but there are many crucial differences.

Both proposals emphasise that this transition will go hand in hand with the creation of millions of green jobs with family-sustaining benefits and the guaranteed right to unionise.

Both proposals recognise the necessity of international cooperation and collaboration in order to address the climate crisis. Biden promises to not only re-enter the Paris Agreement on day one of his administration, but also to actively “use every tool of American foreign policy to push the rest of the world to raise their ambitions alongside the United States.” The GND does not explicitly mention the Paris Agreement, but promotes “the international exchange of technology, expertise, products, funding and services, with the aim of making the United States the international leader on climate action, and to help other countries achieve a Green New Deal.”

You might also like: US Homes Are Becoming More Difficult to Insure Because of the Climate Crisis

Both proposals deal with housing insecurity as it pertains to the climate crisis. The Biden Plan draws connections between the lack of affordable housing in job centers, which forces many lower- and middle-income Americans to live far away, and higher emissions due to increased traffic and long commutes. To address this issue, the Biden Plan will involve constructing 1.5 million sustainable homes and housing units, upgrading 4 million buildings and weatherising 2 million homes over four years. Though ambitious, it does not go as far as the GND, which sets goals to provide “all people of the United States with affordable, safe and adequate housing,” and to upgrade “all existing buildings in the United States to achieve maximum energy efficiency, water efficiency, safety, affordability, comfort and durability” over ten years.

Increased access to quality public transportation and improved infrastructure to enable the transition toward electric vehicles are also key aspects of both the Biden Plan and the GND. While the GND approaches the issue of transportation broadly, calling for investments in zero-emission vehicle manufacturing, public transit and high speed rail, the Biden Plan sets specific goals such as the development of a comprehensive electric vehicle infrastructure, including 500 000 car charging stations across the nation and new, rigorous fuel economy standards. This endeavor will require massive amounts of labor, creating millions of prevailing wage green jobs.

The GND is founded upon the principle of environmental justice, the fair treatment and meaningful involvement of all people regardless of race, national origin or income, with respect to the development and implementation of environmental policies. It seeks to remedy inequities that leave marginalised populations, including minority, indiginous and low-income communities disproportionately affected by the impacts of climate change, including higher exposure to pollutants, natural disasters and other environmental negatives. The Biden Plan also emphasises the importance of environmental justice, pledging to establish a new Environmental and Climate Justice Division within the Department of Justice that will be tasked with prosecuting anti-pollution cases. Furthermore, to ensure that those on the frontlines of the climate crisis reap the benefits of improved infrastructure, housing and well-paying green jobs, the Biden Plan directs 40% of investment into marginalised communities.

One of the most significant and controversial differences between the Biden Plan and the GND is on the issue of fracking. Fracking, the use of high pressure water to expel deep underground oil, is an extraction method forcefully opposed by climate activists, due to the many environmental and human health concerns linked to the practice, including groundwater contamination, exposure to toxic chemicals, methane leaks and even earthquakes. Although the GND does not explicitly mention fracking, its supporters argue that the elimination of fracking is implied in the proposal, due to the extreme dangers and human rights violations associated with the industry and its contribution to the climate crisis. The Biden Plan does not propose a ban on fracking, though Trump and Pence are keen on falsely claiming that the plan calls for the total decimation of the industry. Banning fracking would eliminate tens of thousands of jobs in three key swing states that could determine the fate of this election: Pennsylvania, Ohio and Texas. If the Biden Plan were to ban fracking, the campaign would lose tens of thousands of votes in those states, possibly securing a second Trump term.

It’s difficult, perhaps impossible, to directly compare the Biden Plan and the Green New Deal, considering the GND is a broad, nonbinding resolution, not a specific plan. It is also necessary to recognise that the Biden Plan is tailored to a four-year presidential term, and its goals must be realistic and achievable within that timeline. The Biden Plan is not perfect, but it is still the most progressive plan in US history to be presented on the presidential debate stage, and takes important steps toward a more sustainable future. On twitter, Ocasio-Cortez explained, “Our differences are exactly why I joined Biden’s Climate Unity Task Force– so we could set aside our differences & figure out an aggressive climate plan to address the planetary crisis at our feet.”