How Can the US Rejoin the Paris Agreement? 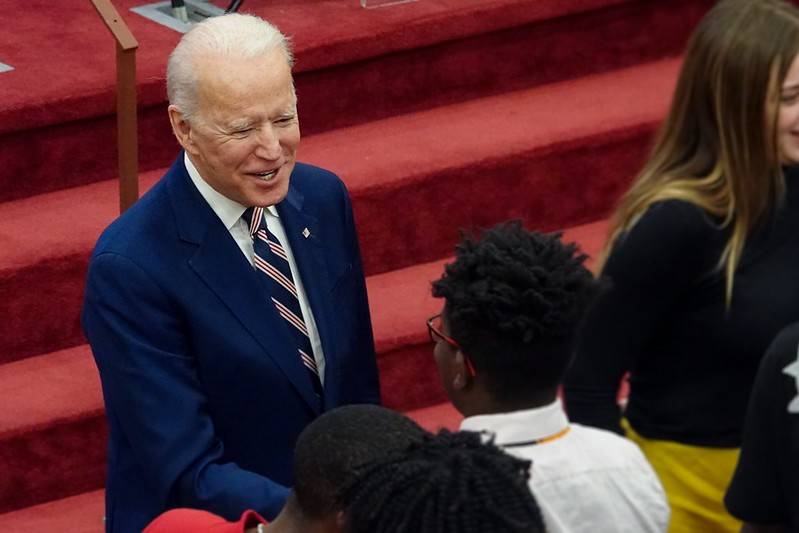 The US officially withdrew from the Paris Agreement on November 4 2020, completing a years-long process started in 2017. The US is the only big country (besides Iran and Turkey) not signed on to the agreement. Now that Joe Biden has been officially declared the winner of the US election by the Electoral College after a series of lawsuits put forward by Trump to nullify the results, how can the US rejoin the Paris Agreement, as Biden has promised to do?

Trump has criticised the agreement, calling it economically detrimental and saying that it could cost the country 2.5 million jobs by 2025. He also claimed that it gave other major emitters, like China, a “free pass.” However, if the US found the goals it set for itself in 2015 to be too ambitious, it could have simply changed them, rather than withdraw from the agreement altogether.

By the time Biden could rejoin, the US would be in arrears on its previous promise to reduce emissions by 26-28% below 2005 levels by 2025 (in 2019, US emissions were down 12%). The country has also not kept its commitment to double funding for innovation and clean energy research development by 2021.

Additionally, it would have to quickly put together a new goal, as all members of the agreement will meet in Glasgow next November to unveil their new, upgraded commitments for 2030. Even though these goals aren’t legally binding, they are an important part of the “name-and-shame” system used for countries to watch each other’s carbon pollution levels.

However, in their commitments, countries also need to show that they have a plan to achieve them, something that the US doesn’t have much to speak of. When President Obama signed the agreement in 2016, he wasn’t able to pass any meaningful climate legislation through Congress because Republicans controlled both the House and the Senate. He promised to shift the US electricity grid toward renewables and away from fossil fuels with what was called the “Clean Power Plan.” The plan got held up in courts and was never implemented. In 2019, Trump repealed it entirely.

The US’ poor record in this sense means that Biden will have to show proof that the US has started taking action in Glasgow. According to Grist, this may mean that Biden will have to pass a stimulus bill that prioritises clean energy. He has already pledged to put USD$2 trillion towards climate action efforts, and the plan is actually favoured by a majority of American voters.

However, to do this, Democrats will have to win back the Senate and get any legislation past the filibuster. However, with any luck, the Paris Agreement will push slow-moving countries- like the US- to take action.

In 2009, Obama assisted in negotiations at the Copenhagen summit that paved the way for a joint commitment by the US and China to make joint announcement on their intent to take solid action on climate change in 2014. These actions eventually led to the creation of the Paris Agreement. When leading emitters set ambitious goals, it raises the bar for all other countries.

Doing so is critical for the planet. This is the most critical decade for Earth, and already methane levels are at their highest ever recorded. While an analysis found that global emissions may have peaked last year, carbon emissions nevertheless need to be cut urgently and drastically. Some countries and blocs have pledged significant climate action, such as the EU, Japan and South Korea- who have pledged to become carbon neutral by 2050- and China- who has vowed to go carbon-free by 2060. If the US- the second-largest emitter- wants to catch up, it will have to act fast.