Joe Biden is US President-Elect, But What Would a Republican Senate Mean for the Climate? 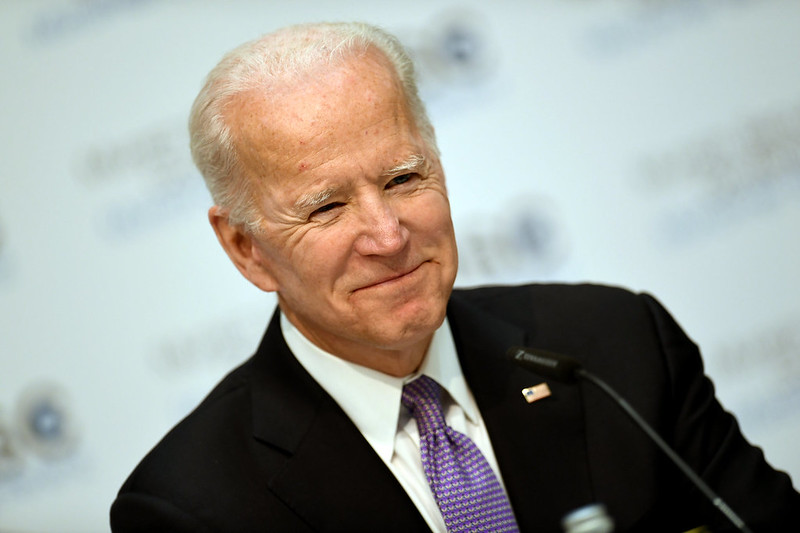 After four intense days of tabulating election results, on November 7, the Associated Press and most major television news networks declared that former Vice President Joe Biden had defeated President Donald Trump and won the US presidency. Biden’s victory is a critical step in the right direction toward combating the climate crisis, but without Democratic control of the US Senate, passing meaningful climate legislation will be an uphill battle.

Upon hearing the news of Trump’s defeat, people in cities across the US flooded the streets to celebrate with impromptu dance parties and marches. In Washington D.C, Biden supporters covered the high security chain link fence surrounding the White House with posters, art and messages of hope and perseverance. One hand painted sign read, “Today we celebrate, tomorrow our fight continues.” Although the spirit of the weekend was overwhelmingly celebratory, Democrats are reminded that challenges still lie ahead.

In her victory speech, Vice President-elect Kamala Harris, who made history as the first woman, the first Black person, the first Indian-American and the first daughter of immigrants to be elected to the second-highest office in the land, reminded the nation that the “real work” is still ahead. “The hard work. The necessary work. The good work… to combat the climate crisis, to unite our country and heal the soul of our nation,” is just beginning. “The road ahead will not be easy, but America is ready. And so are Joe and I.”

Indeed, Harris and Biden have put forth the most ambitious plan in US history to tackle the climate crisis and have gained the support of millions of Americans who want to see immediate action taken, but their ability to push through necessary sweeping legislation will be seriously constrained with Republicans retaining control of the Senate. Whether their plan can come to full fruition will depend on the level of cooperation from US Senate majority leader Mitch McConnell, a fervent supporter of President Trump and an opponent of climate action.

On election night and in the days following, Republicans and Democrats each held 48 Senate seats, but Republican successes in a few key states tilted the odds toward a Republican-run chamber. However, a Democratic-run senate is still not out of the question. Two highly contentious runoff elections will take place on January 5 2021 in the swing state of Georgia, which will determine which party takes control of the Senate.

A runoff election occurs when neither candidate meets the criteria for winning. In Georgia, two Senate races, Jon Ossoff (Democrat) versus David Perdue (Republican), and Rafael Warnock (D) versus Kelly Loeffler (R), went into runoffs because no candidate garnered at least 50 percent of the vote. Although Democrats successfully maintained a majority in the House of Representatives, if they fail to secure control in the Senate, passing progressive legislation (particularly climate-related policies), will prove difficult. Moreover, a conservative-leaning Supreme Court, with Amy Coney Barrett recently replacing the late Ruth Bader Ginsburg, will present additional challenges.

Implementing a proposal as ambitious as the Biden Plan would be difficult enough with bipartisan support and would require unprecedented mobilisation on a scale not seen since World War II. Without the support of a Democratic Senate, Biden’s plan to pour $2 trillion of federal funds into climate efforts and reach net zero emissions economy-wide by 2050, may be significantly altered.

Many aspects of the Biden Plan that rely on executive powers are still completely achievable and will push the US in the right direction, even if Republicans keep control of the Senate. On the first day of the Biden-Harris administration, the US will rejoin the Paris Agreement, requiring that the US submits new commitments to cut emissions before the next UN Climate Change Conference in 2021. Trump pulled the US out of the Paris Agreement in 2017, setting the precedent that the nation is uninterested in global cooperation to combat the climate crisis and enabling leaders of other nations, like Australia and Brazil, to follow suit. By rejoining, the US will be held accountable on the global stage and make strides toward a stronger international alliance, putting pressure on other countries to step up or keep up their own efforts.

The Biden-Harris administration would also likely replace the lineup of climate deniers and fossil-fuel lobbyists (who were given positions in federal agencies like the Environmental Protection Agency by President Trump), with scientists and experts in climate and environmental fields. Over the course of his presidency, Trump has been openly dismissive of established science, criticising experts in virtually all scientific fields from medicine to climate. He infamously attacked Biden at a Nevada campaign rally stating, “[If you vote for Biden], he’ll listen to the scientists,” an apparent insult that Biden welcomed and made a trademark of his campaign. Even without Senate support, the Biden-Harris administration will be able to use executive power to restore the federal government’s reliance on scientists and end the Trump administration’s suppression of scientific reports. 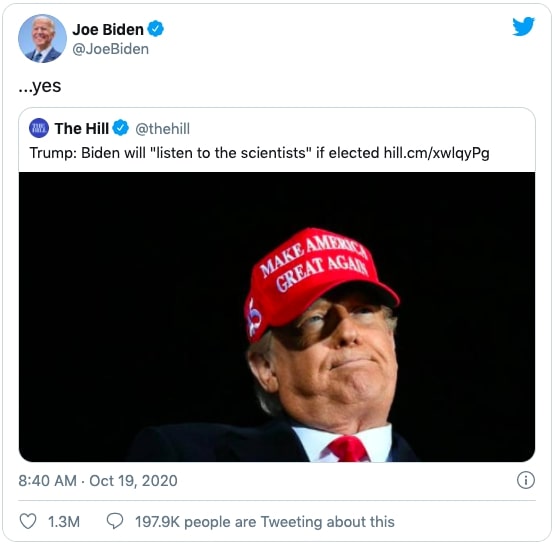 There are also opportunities for climate action through bipartisan bills and stimulus packages, even without a Democratic Senate. There is bipartisan interest in a new infrastructure bill, in which funds could be allocated toward climate adaptation measures including shoreline protection and clean energy infrastructure. There is also support on both sides for another economic stimulus package, which could include job training programmes in the renewable energy sector. The question is how much funding Biden will be allowed to dedicate to climate-related programmes within these measures, in the event that Republicans do hold the Senate and maintain their current posture on the issue of climate spending.

Finally, under a Biden-Harris administration the US will likely see the reversal of Trump’s many deregulatory efforts and environmental rollbacks, as well as the reinforcement of increased fuel economy standards and emission regulations by restoring Obama-Biden-era policies like the Clean Air Act. Getting back to pre-Trump regulations is a step in the right direction, and will prevent an influx of an additional 1.8 billion metric tons of carbon dioxide into the atmosphere by 2035, according to an analysis from the Rhodium Group, but according to leading climate scientists, it won’t not be enough to combat the climate crisis. All credible climate models show that emissions need to fall at an average rate of 7% per year to avoid the most severe consequences of the climate crisis, a feat that will require unprecedented national and international collaboration.

According to some analysts, political polarisation along party lines is more severe in the US than it has been in decades- some would even argue in centuries, surpassed only by the Civil War in the 1860s. With a Republican senate led by McConnell, cross-party collaboration is unlikely, and bipartisan support for Biden’s progressive climate action plan would be essentially out of the question.

It is for this reason that the two runoff elections set for January 2021 have commanded the attention of party leaders on both sides of the political divide, as candidates ramp up their fundraising efforts and attempt to gain the support of undecided voters. If Democratic candidates capture both seats, the Senate will flip and Democrats will gain control, making it possible for Biden’s Plan to come into fruition. While meaningful progress is still possible even in the case that Ossoff and Warnock do not emerge victorious in Georgia this January, Biden and Harris will face immense challenges passing climate legislation. Until January, all eyes are on Georgia voters who will ultimately make the final call.