Soaring temperatures and improper disaster management have resulted in increased desertification rates across the globe. Coupled with droughts and a drop in agricultural productivity, the effects of desertification cannot be ignored. To curb such high rates of land degradation that many regions of the world are experiencing, effective risk management is needed. What is desertification and what are the main causes and solutions?

Desertification has a few varying definitions, but mostly centres around semi-arid, sub-humid lands; in simple terms, it can be described as areas with low or variable rainfall. In addition, there is also the added element of human-induced land degradation owing to an expanding population and rampant deforestation.

Land degradation is a systematic global issue. The scale of the problem has been questioned for decades, with estimates of degraded areas ranging between 15 to 60 million kilometres. Currently, an estimated 2 billion people live on drylands vulnerable to this phenomenon and scientists predict that the effects of desertification could lead to the displacement of around 50 million people by 2030 as a result of the soaring temperatures, large-scale deforestation, and ecosystem damage in many parts of the world. Alone in Asia, more than 2 billion people will be living in dryland conditions, while Africa sees at least 1 billion in the same (Figure 1).

Figure 1. Current and projected population (under SSP2) in drylands, in billions. (Here, SSP2 refers to the socio-economic pathway SSP2 (‘Middle of the Road’) model used in greenhouse gas scenarios for developing climate policies).

What Are the Causes of Desertification?

Land degradation has been ongoing for several decades. Droughts – increasingly frequent extreme weather events caused by global warming – also amplify this situation and can lead to the depletion of nutrients from the soil and the inability of land to regrow plants, resulting in drylands that currently cover about 40% of the globe, from the Mediterranean regions and the south-western parts of the US to Asia and the Middle East. Droughts, coupled with land degradation, give rise to desertification.

But this phenomenon is also caused by activities such as urbanisation, ranching, mining, and clearing of land and emission generation. By further contributing to a rise in temperatures and a reduction in precipitation, human interventions create a vicious cycle that only exacerbates the issue.

The degradation of land leads to a reduction in soil productivity, which can lead to a variety of complexities such as environmental hazards, food insecurity as well as loss of biodiversity and ecosystem services.

Where Does Desertification Occur the Most?

More than 60% of Central Asia is vulnerable to desertification processes. Soaring temperatures in parts of China, Uzbekistan, Kyrgyzstan, and many other countries have been a cause of concern. Scientists have concluded that, since the 1980s, much of the Central Asian region was classified as having a desert climate. However, the issue has now spread toward northern Uzbekistan and Kyrgyzstan, southern Kazakhstan, and around the areas of the Junggar Basin in north-western China. Mountains across the continental region have become hotter and wetter, resulting in the retreat of glaciers. An example of this is the Tian Shan region in north-western China. Here, an increase in temperature and precipitation in the form of rain instead of snow has contributed to the melting of ice at mountain tops. Thereby, glaciers in Central Asia are unable to replenish ice and as a consequence, less meltwater will flow to nearby regions, causing water shortages that affect people as well as the agricultural sector.

Desertification is a huge issue also in Africa. For example, poor harvesting and a surge in barren lands continue to plague the inhabitants of Engaruka, Tanzania. In Mauritania, a drop in rainfall has worsened agricultural production and has left many farmers struggling to grow enough food to eat or sell.

What Are the Main Effects of Desertification?

Desertification is attributed to soaring temperatures and/or drop in precipitation; this is likely to result in the modification and replacement of plant communities by species that are adapted to hotter and drier conditions. The most common change induced by desertification is the conversion of native vegetation by woody plants and invasive shrub species (for example Bufflegrass and Onion-weed in southwest America, and the Tamarisk plant in the Sahara).

In this regard, Jeffrey Dukes, an ecologist from Carnegie Institution for Science’s Department of Global Ecology at Stanford said: “[Desertification] is going to have consequences for things like the grazing animals that are dependent on the steppe or the grasslands”. In some regions, he adds, extended periods of drought will reduce the land’s productivity until it becomes ‘dead’ soil.

Desertification can also cause loss of biodiversity and loss of aquifers. In Africa, with nearly 45% of the landmass experiencing desertification, many people face even greater risks. In Mauritania, the dire situation has caused food insecurity, housing problems and population health declines. Villagers are trying to migrate as their houses become buried under the sand in addition to a lack of water sources and income.

Desertification has also led to an increase in the frequency of dust storms. Particulate matter, pathogens, and allergens are detrimental to human health. The health effects caused by dust storms are greatest in the areas in the immediate vicinity of their origin and regions like the Sahara Desert, Central, and eastern Asia, the Middle East, and Australia are largely affected. In places such as the Sahara region, the Middle East, and South as well as East Asia, dust storms have been attributed to causing approximately 15–50% of all cardiopulmonary deaths. 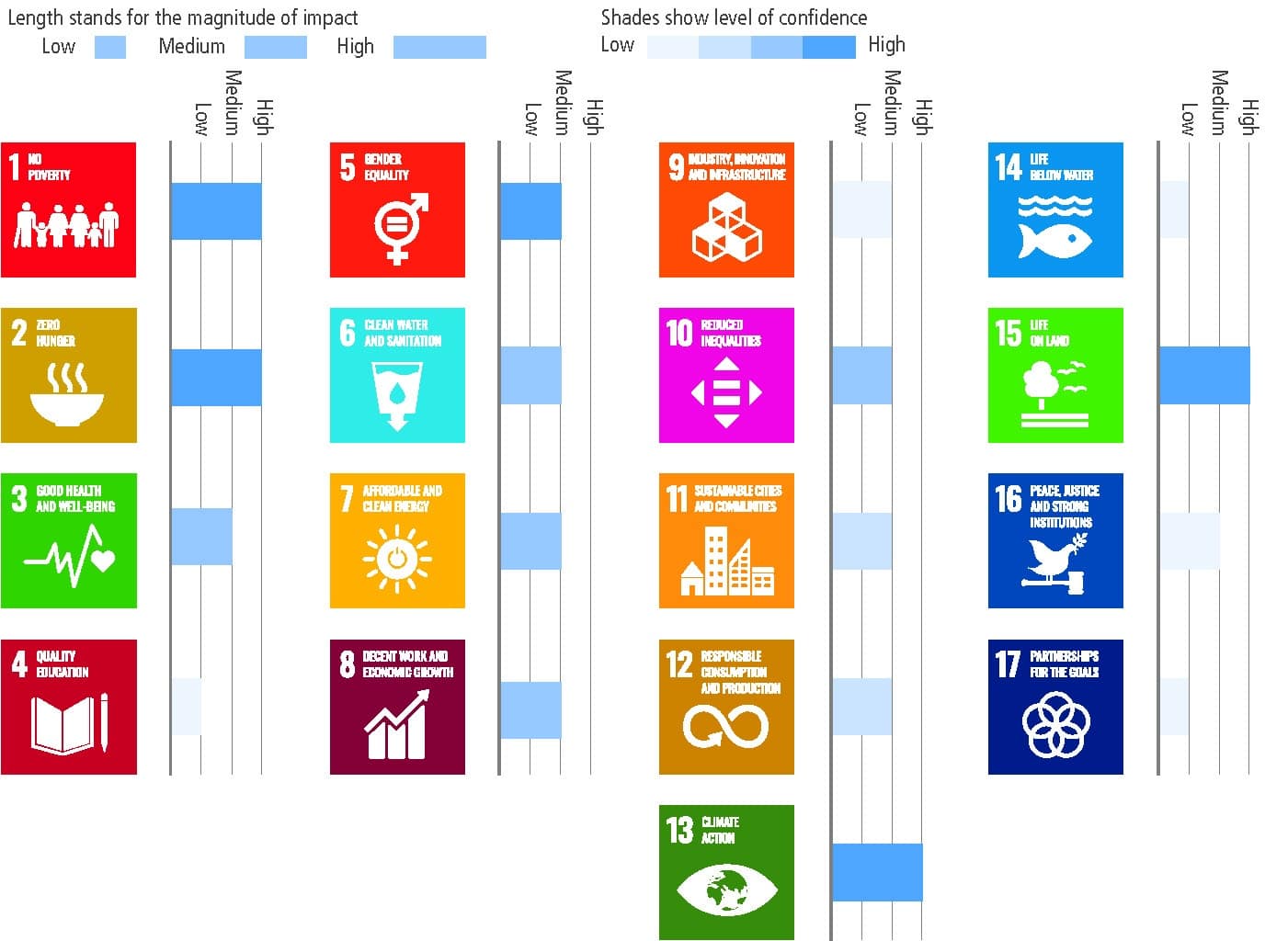 How Can We Solve Desertification?

A new global approach of proactive action and risk management efforts is warranted in today’s changing landscape and climate. Droughts seem to be concurrent with desertification in many parts of the Earth.

In Niger, local bodies have rehabilitated land to restore soil fertility, which has positively affected the country whose economy is largely dependent on agriculture. Here, the smallholder farmers have taken the initiative into their own hands by developing the principle of farmer-managed natural regeneration (FMNR). This technique involves the regeneration and multiplication of valuable trees whose roots already lay underneath their land, encouraging significant tree growth. Felled tree stumps, sprouting root systems, and seeds are regrown; this has boosted soil productivity, improved agricultural income and the lands are greener than before.

Village communities in Kenya and Tanzanian are fighting droughts and desertification by digging semi-circular trenches that store water when it rains, thereby retaining moisture for plants and trees.

Some World Bank-funded projects have helped carry out ecological restoration and fixing of sand dunes in north-western China. One of the major problems of desertification is the migration or shifting of sands threatening infrastructure, villages, and irrigated farmland. Stabilisation of dunes (synonymously dune-fixing) is based on the straw-checkerboard technique. This technique involves planting straws of wheat, rice, reeds, and other plants in a checkerboard shape where half is buried and the other half is exposed. Desertification control efforts have also benefited several communities living in these areas by creating jobs and increasing incomes through the growing of sand-fixing shrub species and greenhouses.

Several other countries have already taken charge of curbing land degradation through tree-planting efforts. A nationwide ongoing effort is the “Great Green Wall of China” which has aimed to plant 88 million acres of forests in a 3000-mile network with a goal to tackle deforestation. A similar anti-desertification tree planting ambition, “Great Green Wall” of Africa has also been moving steadily since its inception in 2007. The plan to restore the degraded lands of the Sahel Region has had its fair share of progress and setbacks, but last year’s major boost announced at the One Planet Summit has planned to accelerate its completion in order to support the local farmers and support the agriculture business.

Every year, the United Nations observes the World Day to Combat Desertification and Drought, an occasion to promote public awareness of the presence of desertification and drought. This day is considered a unique moment to remind people of the ways in which land degradation can be solved through efficient problem-solving techniques and the cooperation between local, governmental, and environmental bodies.

In May 2022, the 15th Conference of Parties (COP15) of the United Nations Convention to Combat Desertification (UNCCD) brought together ministers, high-level officials, the private sector, NGOs, and stakeholders to adopt resolutions that aim to drive progress in the protection and restoration of land. Among the resolutions adopted to curb desertification were the development of land restoration projects as well as increasing efforts to involve women in land management and collect gender-disaggregated data on the impacts of desertification and droughts. Promoting land-based jobs for youth and land-based youth entrepreneurship to strengthen youth participation and robust data monitoring of land restoration processes was also highlighted. Another key moment from this event was the launch of the Abidjan Legacy Programme; a US$2.5 billion project to strengthen supply chains while tackling the issues of deforestation and climate change.

You might also like: The Great Green Wall Receives an Economic Boost, But Is It Enough to Save It? 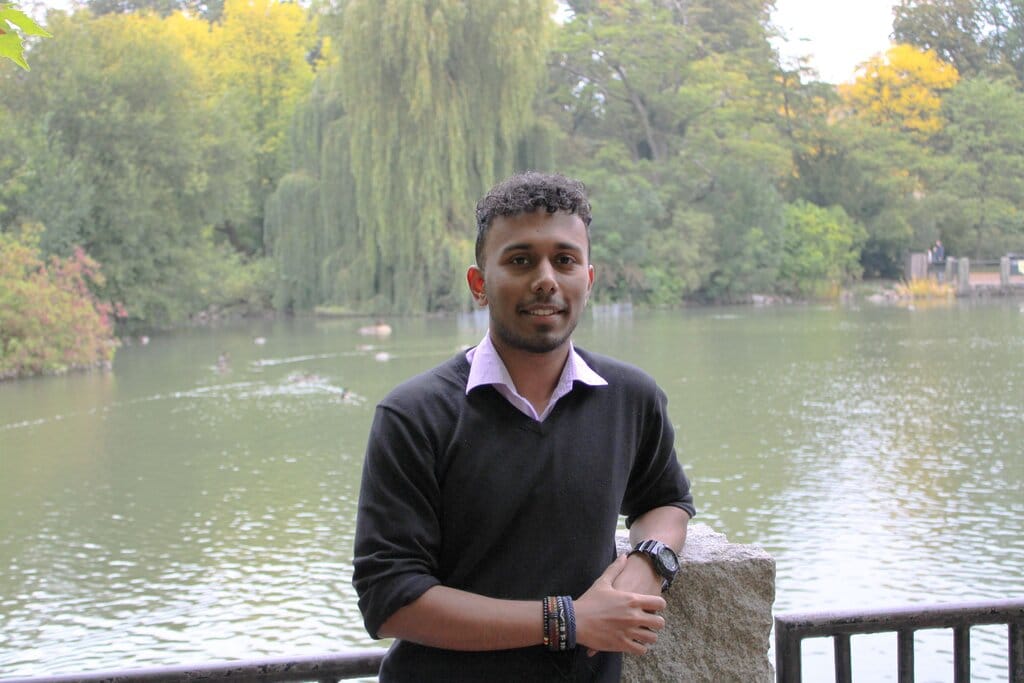 Keegan is a Space Science graduate from the University of Hong Kong. He also holds another Graduate degree in Geomatics and an Undergraduate degree in Geology. With an inclination to learn new facts, he has published research articles in international peer-reviewed journals. Passionate about oceanography, he likes to study the climate dynamics between the ocean, land and atmosphere. Broadly speaking, his interests revolve around geosciences, climate change, environmental policy and planetary science. He loves exchanging knowledge and opinions with others, and also believes that climate awareness is pivotal in today’s varying environment.