15 Most Polluted Cities in the US 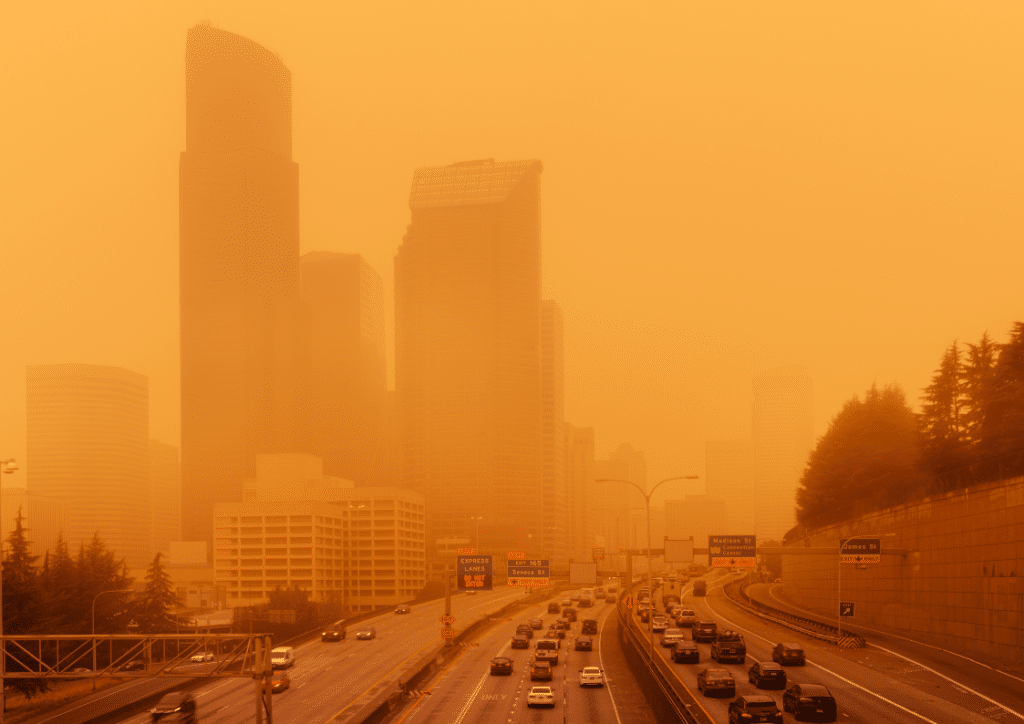 Air pollution is the worst pollution-related epidemic in the world and one of the biggest environmental issues of our lifetime, responsible for the death of at least seven million people every year. 91% of the world’s population currently lives in places where air quality levels exceed World Health Organization (WHO) limits. This poses huge health threats, including coronary and respiratory diseases, higher chances of cancer, and preliminary death. Though low-income countries – the majority of which are located in the Global South – are hit hardest by the effects of air pollution, the US suffers its fair share of health issues as well. Which are the most polluted cities in the US? Earth.Org has gathered data to find out.

In early 2022, the American Lung Association published its annual State of the Air report on the most polluted cities in America, which analyses data from 2018-2020. The study found that 4 in 10 people in the US – amounting to about 135 million people –  currently live in places with unhealthy and polluted air.

Caused by the burning of fossil fuels in power plants and motor vehicles, high ozone and smog, and climate change-induced weather events such as wildfires, air pollution has only been exacerbated by global warming changes with increased heatwaves and prolonged pollen seasons.

15 Most Polluted Cities in the United States in 2021

More than 20 million people, approximately 6.4% of the US population, live in one of the 15 countries where year-round particle pollution levels are worse than the national air quality limit. Here is a list of the 15 most polluted cities in the country according to particulate matter (PM 2.5) levels.

For example, Los Angeles California, which has a population of 10,039,107, received a Grade F in the State of the Air report with its weighted average of 106.5 in air pollution. Outdoor air pollutants largely come from fossil fuel sources – California particularly has a massive car culture where a majority of Californians drive rather than take public transportation or walk.

Wildfires in California are a big contributor to air pollution in the state. Areas like El Dorado and the Bay Area have suffered a number of deadly and devastating wildfires over the years. Smoke and carbon emissions from these forest fires released into the atmosphere, prolongs wildfire seasons in the region and worsen quality of air in the long run.

How to Stem the Effects of Air Pollution

The Clean Air Act (CAA) is a comprehensive US federal law that regulates all sources of air emissions. It was first legalised in 1970, later establishing the National Ambient Air Quality Standards, which protects the public health and welfare by specifically regulating emissions of hazardous air pollutants. The landmark law has been able to stem air pollution levels from exponential increases, and it’s been projected that the CAA managed to prevent over 230,000 deaths and save nearly US$2 trillion in 2020 alone.

However, this alone does not solve the problem, especially as climate change and global temperature increase continues to grow. At the 2021 Climate Leaders’ Summit, President Joe Biden has pledged to cut US emission by half by 2030 from 2005 levels, as well as setting the target of reaching zero carbon emissions by 2050. Biden is taking a number of climate actions, including an executive order to make half of all new US cars and trucks to go electric by the end of 2030, to make those goals a reality.  This in turn, would significantly improve air quality and decrease the health risks for the general population.

There’s been new research on the role of air pollution gases plays in the transportation of virus molecules. Preliminary studies have identified a positive correlation between COVID-19-related mortalities and air pollution, and the possibility of airborne particles assisting the viral spread. Similarly, long-term exposure to high levels of air pollution can be linked to more severe symptoms and worse health outcomes from COVID-19,  as well as a higher rate of mortality.