Solarpunk Is the Future We Should Strive For 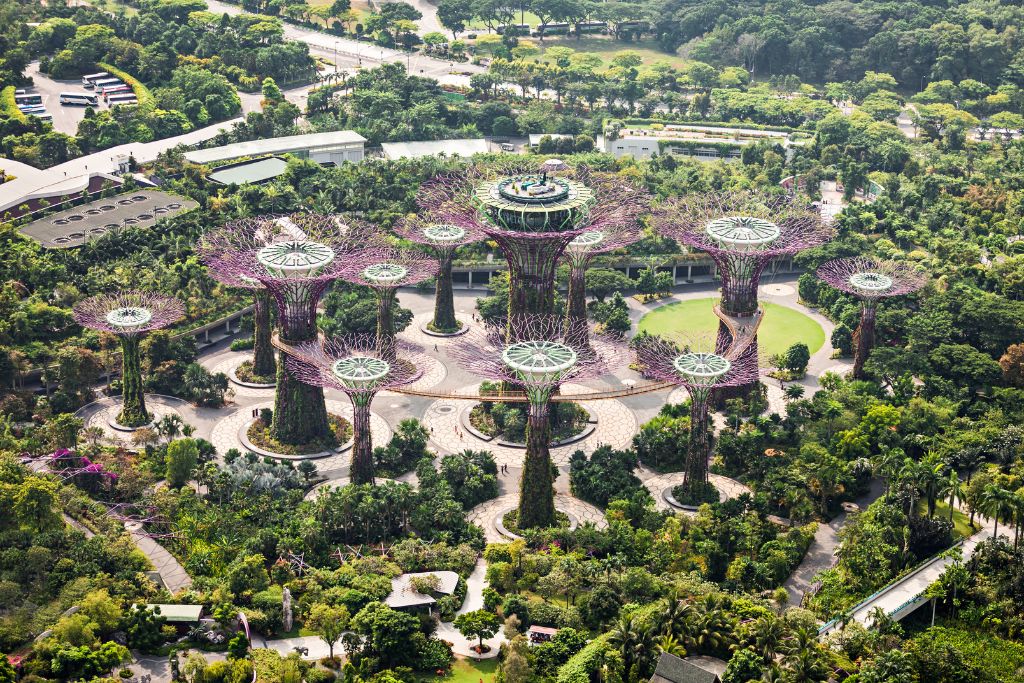 Amid rising climate anxiety and an intensifying climate crisis, solarpunk offers an unapologetically optimistic vision of the future that imagines a radically different societal and economic structure in harmony with nature.

Imagine being surrounded by lush natural landscapes, buildings covered with verdant plants and vegetation complete with rooftop gardens, and cities that are completely powered by clean energy. Imagine having our technologies built in harmony with nature and shared equally with everyone on the planet. This is what our world should look like as envisioned by the solarpunk movement.

First coined in 2008, solarpunk originally started out as an art movement that aims to be the antithesis of Cyberpunk and Steampunk aesthetics. Cyberpunk is a sub-genre of science fiction whose main characteristics include futuristic technology such as AI and cybernetics juxtaposed against themes of societal collapse and monolithic corporations. It is a movement that is rooted in people’s anxieties in the rapidly developing technical age. Steampunk similarly features futuristic technology, but is paired with a sense of nostalgia for Industrial Revolution-era steam-powered machinery and aesthetics.

Solarpunk however, offers a complete opposite vision to Cyberpunk. Instead of decay and dystopias, the future world does not have any existential threats such as the climate crisis hanging over its head, and synergy is achieved between people on Earth and nature, where humans conduct activities that do not harm the environment. Common solarpunk tropes include art nouveau-esque architecture that is intertwined with nature and towering vertical forests – think Singapore’s Gardens by the Bay or its indoor waterfall inside the Jewel Changi Airport.

The art genre eventually evolved into a practical movement and subculture that incorporates more concrete, regenerative ideas for the future. Energy will be entirely dependent on solar and wind generation – with no fossil fuel or dirty emissions in sight – and circular economies are the only system in place. All waste will either be reused or repurposed, and resources and transport are guaranteed sustainable and clean. Activities such as rainwater harvesting, permaculture farming, and community gardening will be commonplace, while Indigenous knowledge and practices are celebrated and used across sectors to improve efficiency of resource consumption.

Decentralisation is another key principle that fits in the solarpunk movement. Unlike cyberpunks who imagine the world being dominated by evil corporations, solarpunks imagine a society where people and the planet are prioritised over the individual and profit. Essentially, say goodbye to conglomerates, hierarchies and excessive wealth, and hello to decentralised and open-source technologies, shared knowledge, as well as community building and cooperation.

The ‘punk’ element in solarpunk refers to the movement’s unapologetically optimistic take on the future despite our growing pessimism and even apathy, and passionately calls for radical societal change and abandoning current capitalist markets and infrastructure. Or as Rhys Williams, research fellow at the University of Glasgow and leading voice of the solarpunk movement describes it, solarpunks are “against a shitty future.”

But solarpunk is beyond just pretty architecture and ideas; it has the potential to influence with real-life applications. Art is a powerful medium to communicate knowledge and demonstrate to people different perspectives and possibilities. Already, there’s an emergence of biophilic designs for residential buildings and shopping malls that integrate natural elements into built environments with the aim of improving public wellbeing and sustainability.

The movement also sparks discussion about current systemic problems and the need for societal changes, as seen with the increasing popularity of concepts such as degrowth economy, which seeks to scale down the resource use of high income nations’ economies by shrinking sectors that are ecologically damaging and offer little social benefit, and pursue growth not by economic expansion, but one that is ecologically and socially just for all.

Solarpunk can also offer better understanding and encourage public acceptance of ‘futuristic’ renewable technologies, which in turn will aid greater adoption and commercialisation. For example, the planned Battle Born Solar Project in Nevada in the United States was expected to be the country’s largest solar farm. It was eventually scrapped in July 2021 because nearby residents said it would be an eyesore, despite the energy potential it could bring to the state and community.

Other green technologies such as carbon capture – which can remove carbon dioxide from the atmosphere – vertical farming and floating solar panels all have significant benefits and potential in accelerating the green energy transition. But lack of public awareness has made them difficult to scale up in the mainstream market.

Our current technologies still fall short of the expectations envisioned by solarpunks, in which designs should be “repairable, reusable and built to last”. But significant progress has already been made. Solar tech is becoming more efficient and at higher capacity, while prices are rapidly falling to the point that solar in 2020 produced the cheapest electricity in history – costing even less than coal and gas in some countries – according to a report by the International Renewable Energy Agency.

Finally, solarpunk can be a balm to the rising climate and eco-anxiety, especially among young people. More are experiencing emotions of guilt, grief and an overwhelming sense of doom about the future of the planet amid worsening heatwaves, droughts, wildfires, and ecosystem degradation. Climate anxiety could even to some extent hinder climate action due to feelings of personal insignificance. Solarpunk’s unwavering optimism however can help fuel and drive people to take concrete and practical steps to achieving their proposed vision. Groups like the Extinction Rebellion and the Fridays for Future student movement are all prime examples of this.

But we need to do so much more before the solarpunk utopia can be realised. First and foremost, we have to put a price on carbon, end environmentally-harmful subsidies and phase out fossil fuels once and for all. We need to adopt circular economies across all sectors, and overhaul our agricultural and food systems. And most importantly, we need to fund the growth of renewables and carbon capture technologies. Though we need to be wary of parties and stakeholders using solarpunk ideas and imageries to greenwash without adopting the fundamental practices. Ultimately, the world collectively must undergo a massive behavioural change which cannot happen unless all countries do their parts.