Problems Brought on By Climate Change and the Solutions 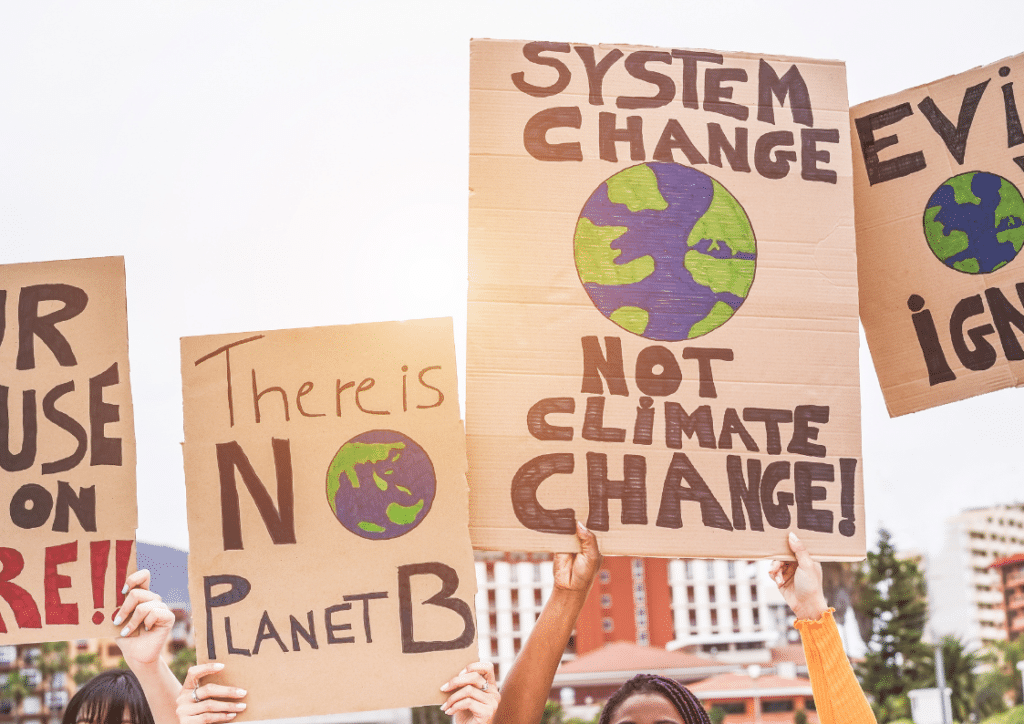 We know that climate change will have devastating impacts on the planet. We’re already seeing it now, with extreme weather events causing thousands of deaths around the world and greenhouse gases creating environments inhospitable to leading enjoyable lives. These are some of biggest climate change problems and solutions to help mitigate the crisis.

What are the Problems Caused of Climate Change?

In the long term, air pollution has been linked to higher rates of cancer, heart disease, stroke and asthma. In fact, in the US alone, nearly 134 million people—over 40% of the population—are at risk of disease and premature death because of air pollution, according to American Lung Association estimates.

In the short term, air pollution can cause sneezing and coughing, eye irritation, headaches and dizziness. Without fossil fuel emissions, the average life expectancy of the world’s population would increase by more than a year, while global economic and health costs would fall by about USD$2.9 trillion.

According to a 2020 analysis, the sixth mass extinction of wildlife on Earth is accelerating. More than 500 species of land animals are on the brink of extinction and are likely to be lost within 20 years; the same number were lost over the whole of the last century. Scientists say that without the human destruction of nature, this rate of loss would have taken thousands of years.

This rapid rate of species extinction is caused by an ever-increasing human population and natural resource consumption rates. Further, species are links in ecosystems and, as they disappear, the species they interact with are likely to disappear as well.

Many endangered species are being affected by the wildlife trade, both legal and illegal, which poses a threat to human health. And it’s a major cause of species extinction and is eroding the ecosystem services that are vital for our survival.

Ocean acidification is a direct consequence of increased human-induced carbon dioxide (CO2) concentrations in the atmosphere. The ocean absorbs over 25% of all anthropogenic emissions from the atmosphere each year. As CO2 dissolves in sea water it forms carbonic acid, decreasing the ocean’s pH and leading to a variety of changes collectively known as ocean acidification.

Ocean acidity has increased by 26% since 1850, 10 times faster than any period within the last 55 million years.

The climate crisis poses a significant threat to agriculture as changes in temperature and precipitation affect crop yield and shift agricultural zones.

A common misconception about the climate crisis is that warmer temperatures result in plants growing larger and for longer periods. While rising temperatures are causing the shifting of seasons, prompting plants to sprout and turn green sooner than usual, plants are becoming less nutritious, signalling a nutrient collapse and threatening food security.

The United Nations’ Food and Agriculture Organization (FAO) reported that wheat and rice, which are highly sensitive to changes in CO2,  are the main source of protein for 71% of the world’s population. A paper published in Environmental Health Perspectives predicts that given this dependence on plant-based proteins, more than 15% of the global population will be protein deficient, resulting in 90.9 million days lost to illness and 2 million deaths annually by 2050. 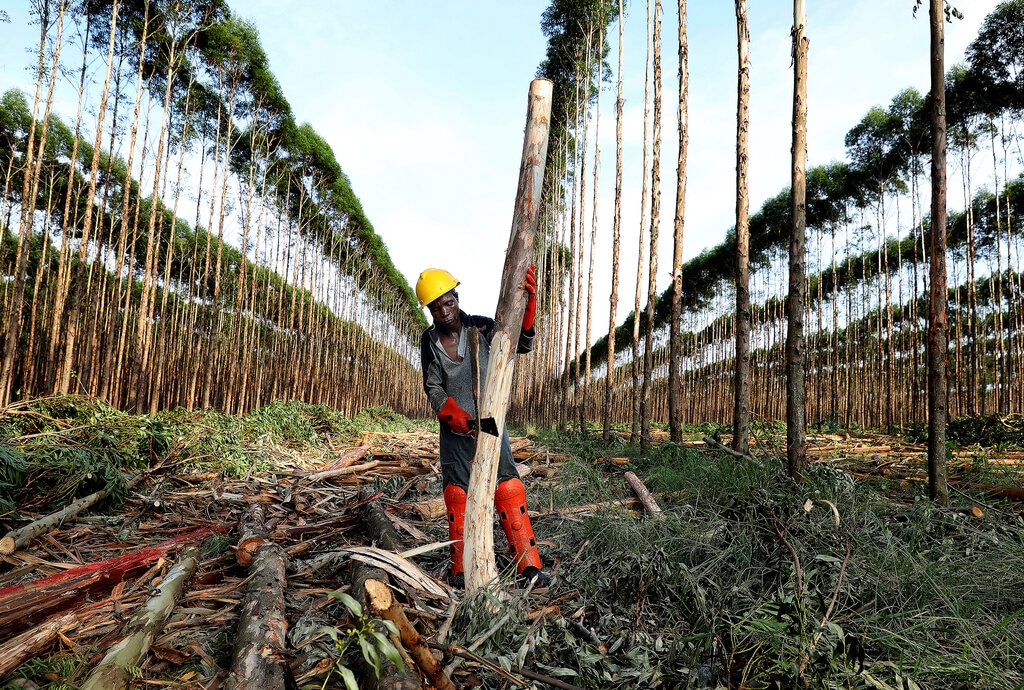 Forests are one of the most important carbon sinks on the planet as a whole, and the carbon they absorb is released when they are cut down or burned. Because of this, eventually forests will become sources of carbon, as opposed to carbon sinks. Unfortunately, this process has already started in the Amazon rainforest.

Food production is the leading cause of deforestation, beef, soy and palm oil in particular. In fact, three quarters of all deforestation today is linked to agriculture.

Every year, 500 billion plastic bottles are produced globally and ​​there is more than 150 million tons of plastic waste in the ocean. Scientists have found microplastics in virtually every part of the world, from the deepest depths of the Mariana Trench to the highest point of Mount Everest.

It is estimated that 100,000 marine mammals and turtles and 1 million sea birds are killed by marine plastic pollution annually.

Producing one tonne of plastic generates up to 2.5 tonnes of carbon dioxide and plastic production has been forecast to grow by 60% by 2030 and to treble by 2050. Sadly, only about 9% of all plastic ever produced has been recycled. About 12% has been incinerated, while the rest — 79% — has accumulated in landfills, dumps or the natural environment.

What are Some Climate Change Solutions?

The importance of this can’t be stated enough –  greenhouse gas emissions need to be reduced rapidly in order for the planet to have a chance of meeting climate goals. However, current efforts won’t have the effects that are needed; as of April 2021, commitments will still lead to 2.4°C of warming by the end of the century if implemented in full. Scientists at the IPCC have said that emissions should fall 45% from 2010 levels by 2030 to limit temperatures to 1.5°C by 2100, however the latest IPCC report has found that global temperatures will very likely rise 1.5°C above pre-industrial levels by 2040. It is up to governments to ensure that corporations stop emitting harmful greenhouse gases, and arguably the best way to do this is to implement a carbon tax.

Imposed by a government, a carbon tax is a per-ton tax on the carbon emissions produced by burning fossil fuels or other pollutants. By putting a direct price on greenhouse gas emissions, carbon-intensive activities and products become more expensive, and so people, businesses and governments are incentivised to lower emissions through cleaner fuels. This is be one of the more effective climate change solutions we have at the moment.

As one of the first countries in the world to impose a carbon tax, Sweden is a leader in the carbon taxation sphere. In 1991, the country introduced a carbon tax on transport fuels at $26 per ton of CO2, steadily increasing to today’s rate of $126 – the highest in the world. It currently covers approximately 40% of Sweden’s greenhouse gases emitted due to the numerous exemptions for the industrial sector, as well as the mining, agricultural and forestry sectors. The result? The carbon tax has been credited with being an environmental and economic success. Since the tax was introduced, CO2 emissions from transport declined almost 11% in an average year, with 6% being from the carbon tax alone. Similarly, in the electricity, gas and heat sector, greenhouse gas emissions were 31% lower in the first quarter of 2020, compared with the same period in 2019; this can be attributed to the substitution of fossil fuels for biofuels.

As of 2019, carbon taxes have been implemented or scheduled for implementation in 25 countries; while 46 countries have put some price on carbon, either through carbon taxes or emissions trading schemes.

Go On a Plant Based Diet

The UN predicts that there will be close to 10 billion people in the world by 2050. To meet this demand, we will need to increase food production by 50%. Agriculture takes up around 50% of all habitable land, equal to roughly 50 million sq km. The global production of food is responsible for releasing 30% of greenhouse gases and a massive part of this is raising animals for meat.

Switching to a plant based diet is one of the more easily achievable climate change solutions, and it will reduce deforestation – according to the World Wildlife Fund, beef and soy drive more than two-thirds of the recorded habitat loss in Brazil’s Amazon, where the bulk of tropical rainforest loss occurs. It would also help reduce the amount of land used for agriculture by three quarters; this is due to the amount of cropland and pasture that goes into animal rearing.

Roughly one third of the food produced that is intended for human consumption every year – around 1.3 billion tons and valued at USD$1 trillion- is wasted or lost. This is enough to feed 3 billion people. The water used to produce the food wasted could be used by 9 billion people at around 200 litres per person per day.

If food loss was a country, it would be the third-largest greenhouse gas emitter, behind China and the US, making it an incredibly important sector to focus on when devising emission-reducing strategies.

Consumers also need to be given more education on how they’re unknowingly contributing to food waste; ​​according to a survey conducted by Respect Food, 63% of people don’t know the difference between the “use by” and “best before” dates. Foods with “use by” dates are perishable and must be eaten before the given date. Foods with “best before” dates can be eaten after the given date, but it won’t be at its best quality.

A big cause of food waste is the myth perpetuated by supermarkets that food must look “perfect” to be edible. Unfortunately, because of quality standards that rely too much on appearance, crops are sometimes left unharvested and rot.

One of the many climate change solutions we can also consider is to support small farmers and local farmer’s markets to reduce food waste. 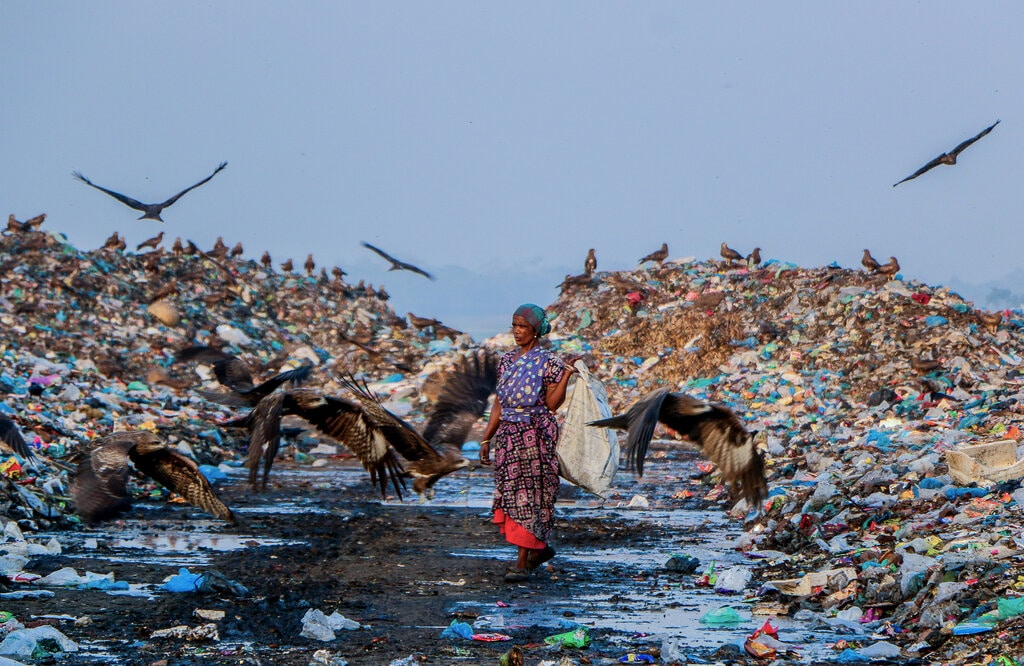 Reduce Use of Single Use Plastics

While plastic has undeniably made our lives easier and more convenient, it has had a massive negative impact on the planet.

Some ways to reduce your intake of single use plastics include avoiding plastic straws, plates and cutlery, buying in bulk so as to use less packaging, using reusable containers, doing your food shopping at a local farmer’s market, recycling the plastic you do use, buying less clothing and ensuring that the clothing you do buy is made from natural fibres like cotton, hemp and linen and composting food to use less plastic garbage bags.

Mining for fossil fuels burns carbon dioxide, one of the major greenhouse gases driving climate change. We need to shift away from coal rapidly to have a chance of meeting climate goals; global unabated coal use must fall by around 80% this decade if warming is to be limited to less than 1.5C above pre-industrial temperatures, according to recent Carbon Brief analysis.

Transitioning to clean energy is one of the most effective climate change solutions out there. And it’s already cheaper than fossil fuels; of the wind, solar and other renewables that came on stream in 2020, nearly two-thirds – 62% – were cheaper than the cheapest new fossil fuel, according to the International Renewable Energy Agency (IRENA).

Retiring coal plants would stop the emission of about three gigatonnes of CO2 a year – 20% of the reduction in emissions needed by 2030 to avert climate catastrophe.

Further, cheaper renewables give developed and developing countries a reason to phase out coal while meeting growing energy demands, saving costs and adding jobs to the economy.

Governments need to class endangered species as such in law and provide funding so that their preservation can be focused on by animal and wildlife conservation groups. Further, heavier penalties for hunting protected animals should be implemented and strictly enforced.

To mitigate climate change and prevent a catastrophic global climate breakdown, we need a combination of solutions that consumers can take in their daily lives, innovative technological solutions and government intervention to stop emissions at the source. Our lives quite literally depend on it.